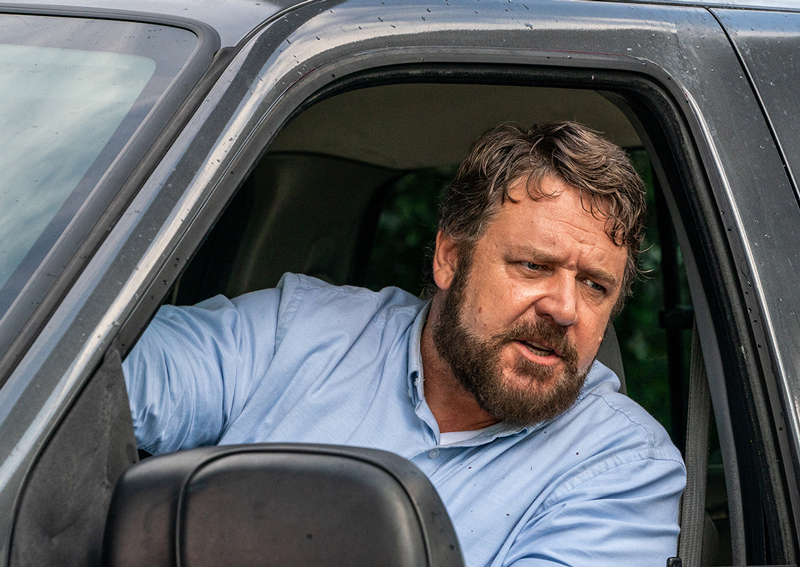 Some actors like to show up on set and make some magic and a little bit of money. They don’t stretch outside the realm of their original ability, and make out okay. Some actors want to go deeper.

Russell Crowe constantly goes deeper. Whether it’s the leader of an army, head of the CIA spy program, a mathematical genius battling his mind, or the heavily religious father of a gay son. He’s played Maximus and Roger Ailes. The threatening Bud White in “L.A. Confidential,” a role that should have netted him some Oscar gold.

His latest departure, “Unhinged,” sees him lean into the antagonist persona that he’s only teased at briefly in his career, if at all. He’s the big, bad wolf driver who is having a bad day and may be suffering psychotic breaks on a daily basis when a young mother lays her horn on him for too long. Crowe’s monster goes after her for the next 80 minutes.

I reviewed “Unhinged” and “Words on Bathroom Walls” on the latest entertainment segment on The Large Morning Show in The Afternoon with Frank O. Pinion. Listen to the whole segment here.