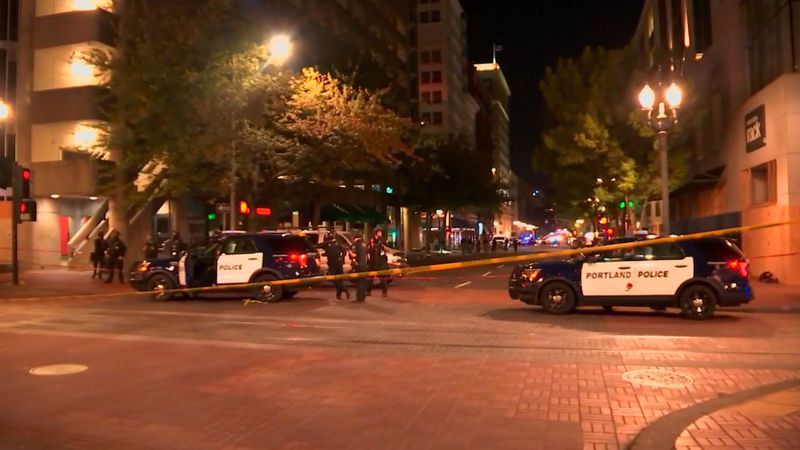 The St. Louis Metropolitan Police Department veteran of three and a half years, Bohannon most likely woke up on Saturday morning thinking it was just going to be another tough shift.

For the past few months, every shift must have been tough. St. Louis is known as the crime capital of the country, a glaring black eye that isn’t losing any luster this summer. If it’s not young children being shot or civilians shooting civilians, cops are being shot at. But most of the time, people don’t want to hear about cops getting shot at or shot, because that doesn’t fit the 2020 status quo of “defund the police.” I don’t think I’ve heard a dumber phrase in my life.

Let’s say you defund the police. Who do you think is coming to help you in a time of need? Do you want the heroes to be without the proper equipment and protective devices? Let’s say some asshat in Tower Grove South starts shooting at people or threatens violence to you and yours. Is it okay to unleash the funds then? You’ll say I am looking at that wrong, but the truth is you were 100% wrong in the first place when you even considered that notion.

Tamarris Bohannon wasn’t a bad egg. He wore the badge with pride. According to a letter from his family tweeted out Sunday night, he was proud to live in the city he patrolled with his family. By the way, he had a wife and three kids. One can only imagine, if they have the nerve endings and reloaded tear ducts to do so, what is going through the minds of those children right now. Their world has been shattered and they don’t even know it. The realization that dad is never coming home hasn’t landed yet; it’s still up in the air of possibilities, floating around all the other optimistic ones that Bohannon’s fellow officers, friends, and family were hoping for.

To honor the service and memory and the life of slain Officer Tamarris L. Bohannan — and to support his wife and three children — the @BackStoppers are there to help. https://t.co/j9Esv6hejn

Bohannon fought all night and day at St. Louis University Hospital. He was shot in the head while searching a home in Tower Grove South. A white male opened fire on him and his partner, wounding the other officer in the process. Bohannon never made it out of critical condition. He passed Sunday night after nearly a 24 hour fight.

This was only one of several shootings in the South City area. Friends and colleagues of mind tweeted about the gunshots around their neighborhood for hours. It seemed like every block was getting fired upon. What the fuck is happening to our city? The answer to that question lies in the problem plaguing the world.

Now you should wait for Monday morning. Guess what the narrative is going to be … what headline morons will attach this unfortunate passing to? A white man killing a black cop?!?!?! Where does that fit? Can we protest for that, or is that allowed? Just checking for the politically correct and socially relevant minds of our city and state.

It’s a fucking shame Tamarris is dead. He was only doing his job, trying to protect the city he loved and make money for his family. That’s always the goal for the majority of police officers. All they really want to do is get home safe and sound. Are some of them, maybe more so in certain cities, unfit for the duty? Are some bad eggs? Sure, a problem that swallows up just about any profession. But Tamarris, according to his superiors and family, was a gem. And now he’s gone.

Save your protests. Just get out and vote this fall. Kim Gardner will still have a job for some reason, but start elsewhere and vote new faces into positions. Swing the wrecking ball at whatever side of the building you can reach. All of it counts in the end. If you want to seriously inflict change, vote every chance you get. It doesn’t matter what office. Every office and desk should be held accountable from now on. If you want to see violence decrease, vote the assholes out of there who are being complacent. Start somewhere, because people keep dying.

I always think about the kids first. The little ones left behind. If you are a parent, there is no need to have really known Tamarris Bohannon. Being parents links us. We carried the same responsibilities: do whatever it takes for the family. That’s it. Simple task that doesn’t end until the parent falls. Tamarris fell way too soon.

I got nothing else to say. This is just heartbreaking. A theme that 2020 can keep to itself in four more months.

2 Replies to “A few words for Officer Tamarris L. Bohannon”