My Film-Addict connections presented me with a chance to interview author Joyce Maynard a couple of weeks ago and I jumped at the chance.   Her book, Labor Day, is 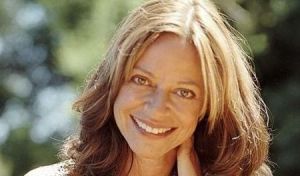 being made into a film and without giving away too much, I can recommend the film.  Maynard is a celebrated author, known to some folks for her long list of novels and for her memoir chronicling her time with J.D. Salinger decades ago.   In person, she is quite exquisite and wonderful.  A free speaker and a proud woman who can bake a fine peach pie, write a decent love story and holds a conversation well.  I posted this film-addict piece last week and wanted to share it here with my Dose subscribers and readers.    This wasn’t my normal interview.  I brought the kid with me and Joyce got a kick out of it.   The conversation last 30 minutes and touched on a lot of things.

“If you choose to be a cynic, there are lots of things you can pick at (with Labor Day). I choose to go on this journey. I’m a romantic.”- Joyce Maynard

I’d like to say I am built out of equal parts in my beliefs and perspectives.  There are areas of life where I maintain a cynical outlook on the world and others where I have more emotional views.  However, when it comes to love and matters of the heart, I am 100 percent old school romance.   I am not alone in that area.  Joyce Maynard, celebrated author of Labor Day, spares nothing with her words and wears her heart on her sleeve when she writes her novels.

Labor Day was adapted for the screen and directed by Jason Reitman, and on a press tour stop, I had a chance to sit down and talk to Maynard.   The story is about a mother and son who take in a mysterious man who has just escaped from prison.  What starts out as a hostage situation takes a very unpredictable turn and springs many surprises on the reader.  The same effect happened with my interview assignment.  What started out as an interview assignment quickly turned into a passionate comfortable conversation about life, choices and of course, the book’s story and characters.

“This is not a cynical movie.  It’s an unconventional love story.  Do we really want to see how life goes?  I like to imagine the way it would go.  It’s not perfect.  I wasn’t going to make some Nicholas Sparks happily after fairy tale.  This is a believable love story for mature people.”

The interview was on Thursday in downtown St. Louis, a day after the evening screening I took in at The Tivoli.   Maynard held a Q & A after that event, and I was the lucky one who was sitting behind her at the screening.   When the lights went up and before she could make it way to the front of the theater, I had the chance to introduce myself and ask her what she thought of the film.   This is where a lot of celebs would brush you off and proceed on.  Maynard instead leaned in and poignantly said, “It’s such a beautiful film”.  Once you get a chance to talk to this lovely woman, you see that she doesn’t waste any encounter in life and takes her fans as seriously as they take her stories.  In the entertainment business, it’s a two way street and fortunately for this writer, Maynard lives on it.

One of the most surprising things about Joyce was her willingness to let Reitman take the material and run with it.

“When I write a book, it’s my artwork.  When it gets made into a film, I let it go. It’s their turn to make it into their artwork.  Jason was very respectful of this book. He consulted with me.”

When asked what part of the film and the book’s story reflects her own life, Maynard had one vital connection to the heroine of the plot.   “The part that is my life is I have been a single parent.  In my case, raising 3 children in a small New Hampshire home.”

She is also quick to point out that, like other popular authors, many of the characters of her book carry a piece of her with them inside that creative world.  She wrote the book very quickly, and that journey started on Labor Day in 2008.  It was published a year later.

Reitman approached her to adapt the book into a film and it was a memorable experience for the author. “Jason called me up one night and told me he loved the novel and wept when he read it.  He knew that he wanted to make a movie about it.  Jason hadn’t made a movie quite like this one so it was nice.”

This was her first visit to St. Louis, and the second time she has been part of a movie press tour.  One of her earlier fiction novels, To Die For, was adapted into an award winning film starring Nicole Kidman and Joaquin Phoenix.   She said this is what she loves to do.  Go on tour and talk to her readers face to face.   “Every now and then I get to go out on the road. I’d love to hear from you. This is my favorite part of the job.”

Maynard’s gift with people is letting them in and really telling her story and not just phoning in answers.   Great interviews with actors/directors/writers are always marked by the person’s humility towards the person with the recorder and really opening up.  At 60 young years, Maynard is sharp, beautiful and assured.  It’s an impressive thing to be able to connect with and makes this film addict want to pull out the typewriter again and go back to writing novels.

Her exuberance can only be matched by her fearlessness on stage.  When asked about her time with J.D. Salinger(which can be found in her memoir, At Home In The World) way too early in the Q & A by a local STL voice that will go unnamed here, Maynard was classy and professional and reminded the audience that she is a lot more than that one experience.   She gave up everything to live with a great writer, but since then has become one herself so it has been left in the past.   Like Maynard, I prefer not to live in it.

Her latest novel, After Her, was published in August and having read a small excerpt of it, the story is darker than Labor Day but still contains the main idea of everlasting love and holding someone in your memory long past death.   Maynard’s gift is writing real simplistic and powerful people and including important themes and morals without weighing the reader down in the process.

In addition to writing, she is an expert baker and her peach pie gets a cameo in the film.   Maynard went on set and taught star Josh Brolin how to make a pie for real.  Brolin apparently baked a pie per day the rest of the shoot, which lasted 2 months.  The pie making scene, which serves as a bonding experience between the man and the family, is one of the best parts of the film and immediately comforts the viewer.

“I write for a living but I teach people how to make pie in  my home. My mother was a great pie maker and I learned by watching her.  That to me is love. A man making pie.”

When talking her about making homemade pie the right way, Maynard seems to be describing the moral of Labor Day and what it asks you in return in order to get the most out of the experience.

“It’s not a recipe.  You feel it.  Not thinking so much.  Giving yourself over and taking that leap.”

Maynard is going on The Today Show in a week and will be making a pie there as well.   The key part of her pie making is flipping over the final layer of dough over the top and it involves some risk.  Like what if it falls apart on national television?  She didn’t seem to worry about it and plainly said, “That’s life”.   That is this lady in a few words.   A woman that can roll with the best of punches and come away with passion and integrity built into her future.  Look her up, read her books and don’t waste a minute and see Labor Day.

This was also an interview that nobody wanted to see end.  The other two female critics and I along with Maynard could have talked all day but a plane had to be caught and the conversation wrapped up.   As we left, pleasantries were exchanged and pictures were taken, making the occasion as a memorable one for each the subject and the interviewers.

*If you want to check out Maynard’s other work and info, here is the link to her site.

*Here is the link to the Labor Day movie website.

My son Vincent came along for the interview and of course stole the show because he’s an adorable little man.  It helped that Maynard had kids herself and that gave me the confidence to bring him along.  A 2 year hammy beast always makes his writer dad look better.