Coming in at a tight two hours, this movie is a great way to get out of the heat and stare at beautiful people.

Sometimes, things aren’t exactly how they seem. For example, just because your beagle looks like he is going through hell, remind yourself that those dogs are always hungry. You may … END_OF_DOCUMENT_TOKEN_TO_BE_REPLACED

Power can be the most dangerous thing in the world when placed in the right person’s hands. Then again, it can be even more deadly when given to the wrong … END_OF_DOCUMENT_TOKEN_TO_BE_REPLACED

Captain Joseph J. Blocker (Christian Bale) is a conflicted man as 1892 rolls around and the last of the Native Americans are being rounded up by the American soldiers. A … END_OF_DOCUMENT_TOKEN_TO_BE_REPLACED

When I exit a movie, I make an attempt to break it out into categories instantly.   Is it worth watching, worth fighting for or simply one you can miss?  Some movies are easier to review than others but more than a few movies are hard to put a rating on.  Letter grade or number style ratings can force a film critic into a room where he isn’t comfortable.  With Out Of The Furnace, I put myself in a predicament.  I liked what I saw.  There were some parts I even liked a lot.  Other parts I was okay with.  In the end, I can easily recommend Scott Cooper’s grim covered blue collar menace filled tale, but it didn’t blow me away like I thought it would.   Let’s break it down into great, good and average parts.

There’s a quiet sense of power that turns more conventional thriller layers of the movie into something more and I lend that credit to director Cooper.  He creates realistic people with his characters and works very well with actors.   You can’t build chemistry in a film school and in this film the ease with which the actors work is evident from the start.  The relationship between Bale and Affleck’s brothers, which is built up slowly over the film’s first half, is genuine and powerful.  This is the best part of the film.  Affleck’s Rodney, a torn apart Iraq soldier trying to make a living at home that doesn’t include giving his life to the mill, where his brother Russell(Bale) works and his father contracted a disease from.  A scene between the brothers where Russell pleads Rodney to get a regular job is punctuated by Affleck’s tenacity he brings to the broken man. END_OF_DOCUMENT_TOKEN_TO_BE_REPLACED 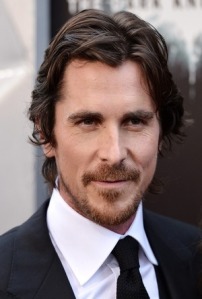 Calling Christian Bale amazing doesn’t explain half of his talent.   The man is a true chameleon and doesn’t waste movie roles or our time.   If Daniel Day Lewis worked more often, you would have an idea of what Bale brings to the big screen every time he appears on it or teases you in a trailer.

In Out of the Furnace, he is Russell Baze, a blue collar factory worker who has to take the law into his own hands when his brother goes missing in the dangerous mountains of New Jersey.

In American Hustle, he brings a real con man to life as Irving Rosenfeld, part of the legendary Abscam FBI sting operation.  Based purely on physical appearance, Bale is instantly transformative.  As Baze, he isn’t razor thin but skinny and fit to play the role.  In Hustle, he is overweight, rocks a comb-over and hunches down in his walk to fit the role.  This isn’t director instruction.  This is Bale taking a role to another level all by himself.  Working with directors like Scott Cooper and David O. Russell most certainly helps an actor’s methods, but Bale is the kind of performer who grabs a movie by the throat and takes it in another direction completely.

His film career started with a headlining role in the fantasy flick 1987’s Mio and The Land of Faraway.   He had roles in Steven Spielberg’s Empire of the Sun and Henry V in 1987 as well, making a decent splash into film after a cereal commercial in 1983.  His role in Empire of the Sun brought him a special award from the National Board of Review for a performance by a juvenile.

The 1990’s saw Bale slowly work his way into bigger roles on a more consistent basis.  Roles in Little Women, Swing Kids and voice work in Pocahontas gave the actor a versatile array of performances.

However, it was in 2000 that Bale’s career took a turn for the great when he played Patrick Bateman in American Psycho.  Playing the maniacal businessman who turned into a serial killer by night, Bale went through every range of emotional and introduced comedy to true terror.  A scene where he plays a Huey Lewis tune as he prepares to ax a guy in his apartment is truly classic.

After turning in solid bad guy work in the remake of Shaft, Bale turned in fine work in the cult favorite action flick Equilibrium, the drama Laurel Canyon and the dragon slaying feature, Reign of Fire.  In 2004, Bale lost over 60 pounds to play the lost soul of factory worker Trevor Reznik in Brad Anderson’s The Machinist.  This was the first real time an actor had lost that considerable amount of weight only to have to put it all back on for his role.

That next role turned out to be a career changer and a franchise that would turn Bale from a credible actor into a legitimate superstar and world class actor.  That movie was Batman Begins, the first of three Bat films with director Christopher Nolan. Together, the actor and director reshaped the persona of Batman and turned it into something else.  Nolan’s tale was a darker venture than previous Batman trips and he needed the right actor to ride that wave with him. Bale met him at the door of innovation and took it further than any actor could have taken the legendary role.

This set off a string of powerful and versatile work that made Bale the actor he is today.  He wasn’t waiting any longer to take Hollywood by storm.  By starring in a blockbuster relaunching of a long heralded hero, he had the green light to get the other roles.  He made The Prestige with Nolan and Hugh Jackman.

He made two dark films in David Ayer’s Harsh Times and Werner Herzog’s Rescue Dawn.  These were great performances in overlooked films.  Bale went to the depths of hell in each and took fellow thespians to school on how to follow up a summer blockbuster role.

In 2007, Bale teamed up with Russell Crowe and director James Mangold to remake 3:10 to Yuma, and revamped the expectations for a cold blooded western.  His role was a heartbreaking rendition of the family man just trying to do right.  His work with Crowe was tremendous.

The Dark Knight, in 2008, registered as the second film in the Batman journey with Nolan, and Bale took the role further than before.  His duel with Heath Ledger’s Joker will go down as the one of the best screen showdowns every made.  Often overlooked due to Ledger’s genre defying work, Bale was strong and powerful in his own right.

In 2009, Bale made a couple big budget films with Michael Mann(Public Enemies) and McG(Terminator Salvation) and neither worked on a complete level, and left Bale with the reputation of being a hothead.

The misfires didn’t stop him from turning in a truly Oscar winning performance as the real life trainer of Mickey Ward, Dicky Eklund, in The Fighter in 2010 in his first film with O. Russell.   In 2011, he made Flowers of War with Yimou Zhang, returning to a similar setting as Empire of the Sun.  This prepped another killer chapter of films from the Welsh actor as he completed the final chapter of the Batman series, The Dark Knight Rises, with Nolan in 2012 and fired back to back winter shots of greatness in this season’s two films.

People often forget this is the same guy who went and visited the victims and families of the Aurora residents affected by the Dark Knight Rises shootings.   He also visited victims of the Boston Marathon bombing earlier this year while filming for American Hustle.  While intense on set, Bale is a good man off it even though he doesn’t admire the publicity side of the business.

As he turns 40 in January and preps two films with Terrence Winter(Knight of Cups and an untitled project) as well as a 1910 action drama called The Creed of Violence with first time writer/director Todd Field, Bale also takes on the role of Moses in Ridley Scott’s Exodus with Breaking Bad star Aaron Paul and Ridley favorite Sigourney Weaver.

The guy simply doesn’t stop producing great roles.  He won’t make a crappy romantic comedy or phone in a performance.  Bale is the real deal and one of the best actors working today.  His work isn’t defined by physical transformation alone.  There is a necessity towards a craft that drives this man.   He is an actor that deserves every bit of accolades that come his way. 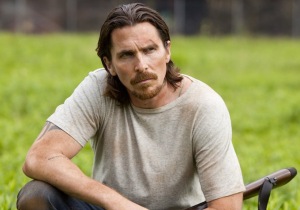 Dan Buffa is the co-creator, administrator and writer for the movie website, film-addict.com. He also writes for the local blog United Cardinal Bloggers in addition to Arch City Sports and also writes for his personal blog, http://www.doseofbuffa.com.   He is a STL born and raised writer with a need to inform and the ability to pound out 1,000-1,500 word pieces with ease.  When he isn’t writing or drinking coffee, he is spending time with his wife and son in South City.  Follow him at @buffa82 on Twitter and reach him for thoughts, comments and general feedback at buffa82@gmail.com.