Last week, I was at a movie screening with a few minutes to spare. As 10 turned to 15 and that escalated into 30 minutes, a delay brewed and audience members wondered what was happening. There aren’t projectors up there anymore at Ronnies or Esquire, just a digital machine with a PLAY option all the way in the manager’s office. But still, I thought my old friend, who worked as a projectionist for many years in various theaters, could fix it. For the sake of privacy, let’s call him T.

I’ve known T for over 16 years, ever since I became best friends with his little brother. I remember T taking me up into the projection booth above the Chase Park Plaza theater. In order to get to it, you had to climb a ladder that could have doubled for one on a submarine. Once there, you could see posters piled on the floor, theaters from the nose bleed level, and T taking me all around. He looked like a guy who never stopped moving, and when he did stand still, his mind still raced. Quick-tempered yet a lover of laughing, T always treated me with respect, even if he didn’t have to. 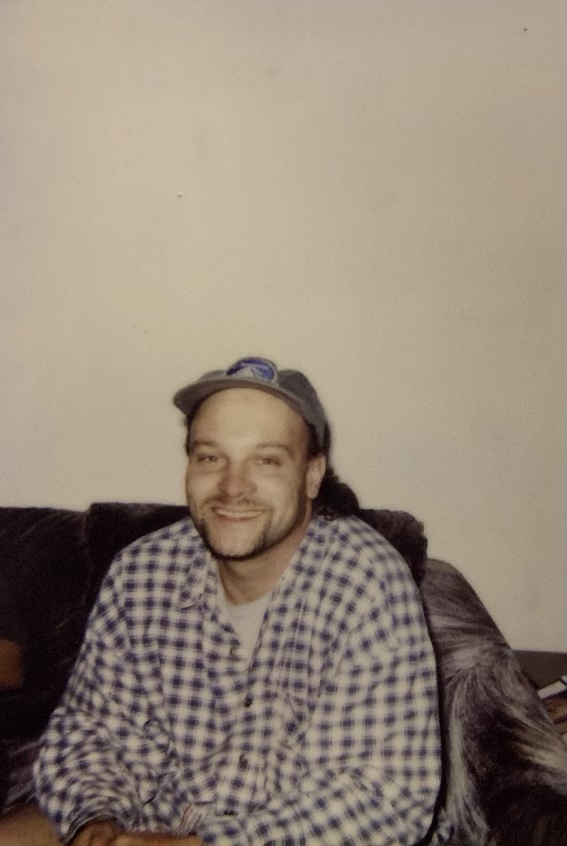 Soon, I went to T’s house for NFL football Sundays, which would include smokies and assorted snacks. Few souls on this Earth put out a better spread for a Super Bowl party than T and his family. We’d throw the football around, eat, throw it around more, and find ourselves wrapped up in a movie debate. There was always a rumor about T being very fast and getting the best of people in races, but we would never race. Over the years, we’d see each other less and less. T got into some trouble and had various issues. Everybody deals with life’s quarrels differently, and sometimes it hurts others. But T always seemed happy and ready to chat when I saw him.

Here’s the thing. You never know when someone else’s life is going to take a turn for the worse. I remember getting lunch with T and E a couple of years ago, and he was healthy and ready to tackle a new theater job. And then, due to the frenzy of everyday life and all its rigors, I didn’t see him until this past spring when his little bro got married. Gone was the short yet fiery older man and in place was someone who looked much weaker. He smiled and joked some, but couldn’t stand for long and wasn’t in a rush to go anywhere. Cancer had taken its toll on him, chopping him down like a tree. Quietly, I thought about finally challenging him to a foot race, because I knew winning would be easy, even for slow me. I played football with his youngest kid instead. 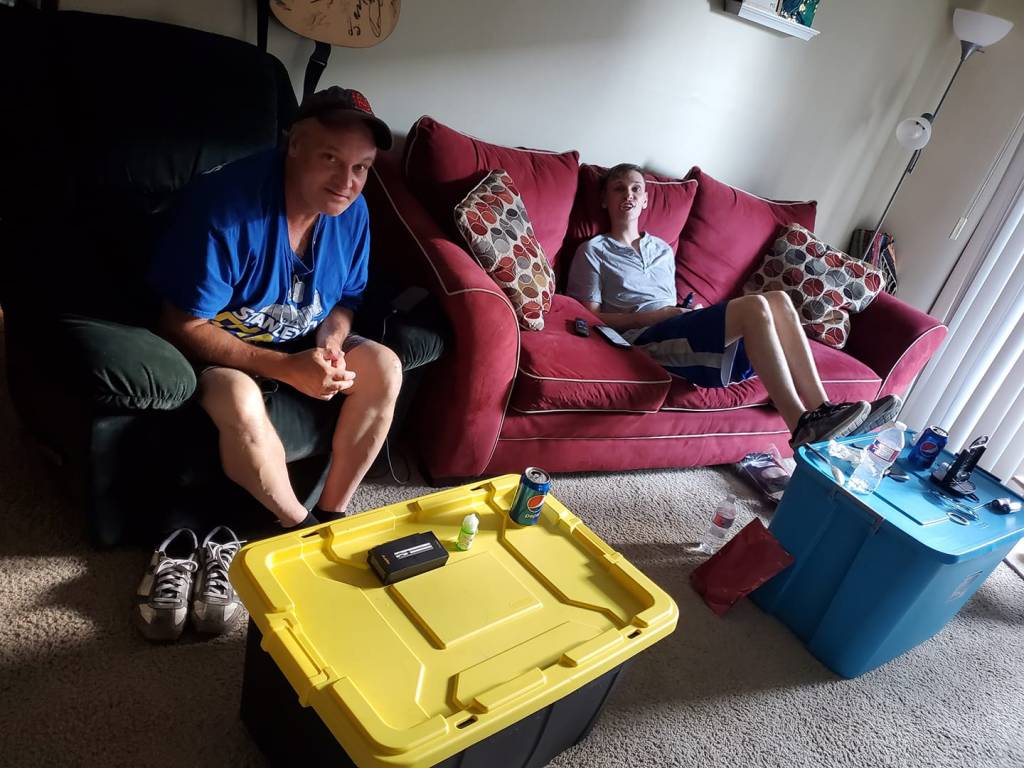 T doesn’t have much time left. There’s no other way around it. I got a text from my best friend last week that there wasn’t much time, and that I should come see him. Those are the worst texts to get, like someone telling you there’s only so much left in the football game, so come over before the clock runs out. After a hellish week-including large pool construction and various adulting troubles-I made a plan to go see T on Sunday. Suffice to say, the first part of Sunday wasn’t good at all. I could have left it in the trash.

So when I pulled up to the hospice center, which is quite a lovely and relaxing place for families, I was looking for some help from T. Help as in calming me down and bringing me back into the shade. If you ever find yourself needing help from a guy battling one of the world’s toughest diseases, it’s been a rough go. But the moment I walked into the building and into his room, all of my troubles dropped.

There’s nothing more humbling than seeing someone who was once full of life and quick to talk sitting idle on a hospice bed. T was still in there, probably wanting to toss some shade at me for all the Vin Diesel jokes circulating right now. He would always poke me a little about other actors and movies that I liked, but never in a malicious way. It was all for fun, getting a laugh and starting a conversation. Man did I wish he would have needled me last night. Instead, I talked and he listened… whether he wanted to or not. I unloaded some movie takes, my disastrous day at BioLife, and a few other things.

The great thing about one of those rooms and the time I happened to show up was that nobody was there; just me and T. Sitting there, the clarity of purpose and finality of life hit you right in the chest. Looking at him, fighting hard for another day while sending a search party out for more oxygen and battling a fever, all of my troubles dropped away. All the bullshit I had faced at that moment paled in comparison to T’s fight. I am sure if you asked him if giving plasma for cash sounded like an idea, he’d jump at it compared to his current state. When the nurses asked me if I needed anything, I felt like going for broke and saying, “yeah sure, save my friend. Work magic or something.”

The truth is I didn’t know T as well as I would have liked. We didn’t get a ton of alone time to forge a real bond. We respected and liked each other’s company, but real friendships and relationships take alone hangs and endless conversations. I found that with his brother, E. With T, it was pass and go. In my life, he was a recurring television character, the one that popped up a few times during a season of episodes. I wish I had more time with him. He wasn’t the brother I never had, but he was someone whose kids loved him dearly and who did his best to be a good man. He chased dangerous things in his life and had his own demons, but was someone people wanted to be around.

All I could think about was the fact that I had time to get all of that right. If humans take one thing for granted, it’s the premonition that they will always have more time. But that’s wrong. You don’t, so stop fucking around and get it right. I felt like I owed that to T, to live this whole thing up and be smart with my choices. There wasn’t an epiphany, just a reminder to NOT sweat the small stuff. Small stuff can be handled in time. Other things take more.

I thought about the impossible situation that T’s kids were in, and the positive faces they put out. I thought about how sweet and nice his oldest daughter was in coordinating my visit. Here she is, tasked with arranging family and friend visits at a hospice center while saying goodbye to her dad. She didn’t have to be helpful, but she was. I wouldn’t have been surprised if she responded to one of my questions about the address of the place by saying, “yeah, it’s at the corner of use your damn IPhone and eat shit!” Instead, she was so helpful. In the face of certain tragedy, she had a smile on her face.

If she can do that, I can overcome anything thrown my way this summer. Like Rocky said, nothing hits harder than life.

Whenever I’m at a theater and look up to the projection booth, I will think of T. It’s proof that you don’t have to be best friends with someone in order to respect, appreciate, and value their presence. T treated me with respect and raised some energetic and ambitious kids. The people around him love him. In my eyes, he did a few things more right than he assumed. I just wish he could see it and experience it just one more time.

I wish we had more time. Same story, different year.