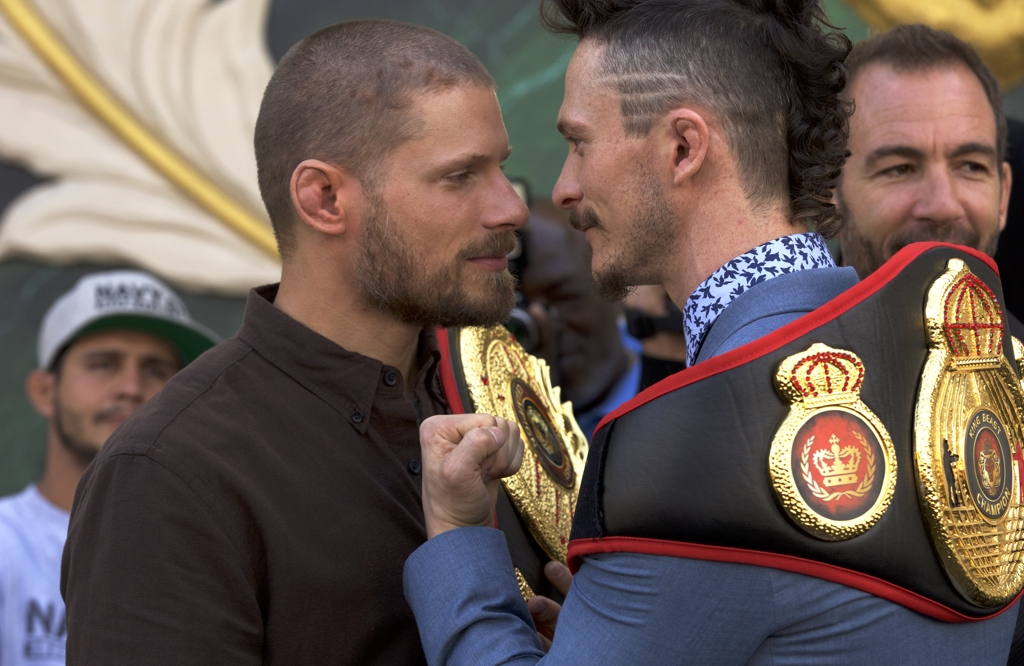 On May 1, Byron Balasco’s “Kingdom” will become a streaming free agent. Netflix plans to release the MMA drama after just ten months, in one of those classic dump jobs. It had nothing to do with quality and everything to do with inventory.

The show found new life last July after Netflix acquired it from DirecTV, who left it to die on the now defunct Audience Network. Before the summer peaked in August, the show sparked substantial interest in a continuation of Balasco’s world, which centered around the Kulina family. Former champion fighter and current top-shelf coach Alvey Kulina (Frank Grillo), and his two sons: Jay (Jonathan Tucker) and Nate (Nick Jonas). Their interactions, for better or worse, power the show’s central show about the everyday drama at Navy Street, where Kulina’s fighters train.

A pack that includes Matt Lauria’s Ryan Wheeler and, at least for a little while, Natalie Martinez’s Alicia. All the while, the lady stuck in the middle of Ryan and Alvey’s heart, Lisa (Kiele Sanchez), tries to find her own place in a man’s world. Joanna Going’s Christina, Mac Brandt’s MAC, and Paul Walter Hauser’s Keith round out a cast that kept on giving until the end. Bryan Callan brought the laughs as the semi-reliable but very charismatic Garo.

Netflix is not picking it up for a fourth season, at least not now. Hulu, Amazon Prime Video, and HBO Max would be easy takers for another round of Balasco’s expertly-written fighter drama. The chaos outside the ring was as pulverizing as the damage that was inflicted inside (and around) the octagon. The last option is owned by Time Warner, which could scoop “Kingdom” up since it appeared on their AT&T-licensed Audience Network.

Here are a few ways to give it one last go.

Get everyone back together and craft the quintessential two episode punch. Tucker’s enigmatic but heartfelt Jay could fill an entire canvas, but fans need to see a third fight with Wheeler, especially when neither were completely healthy the first two times. This would be easier to pull off than trying to lock in an entire season, which would span nine-plus hours. We could see some resolution and closure in one potent dose. I like this idea a lot.

2) A season would be be better though!

Let’s be honest. Every key cast member would clear their schedule in a heartbeat to sink their teeth deeper into the characters one last time. It doesn’t have to be ten episodes. Since the show’s DNA is traced back to the MMA battlefield, let’s ask for five rounds. Five episodes to properly spread the revival pie around to integral cast members like Going’s recovered drug addict. Her motherly presence on the show tamed the harsher testosterone avenues of Balasco’s bloody world. A movie would not be able to contain everyone sufficiently. Don’t choke out a fine ensemble.

If certain cast members become unavailable, then you take the juiciest steak on the show and turn him loose. A movie would be best, especially with Tucker finding new life with NBC’s “Debris” and potentially a cameo or more in the second season of Showtime’s “City on a Hill.” So you take Tucker, grab a few faces in his inner circle, and potentially relocate him to Amy’s whereabouts.

The truth is Jay never turned to fighting to reach some real high; he just wanted to prove to his old man that he was worthy. I think he could go off to Wisconsin and teach young runaway teens how to fight and protect themselves. Other cast members could drop in. Grillo would have to return for something, at least for a scene.

I do think there will be new life in this show before the summer ages. HBO Max would be a nice spot, sitting next to my other all-time favorite show, “Banshee.” Two different animals living on the same block. Balasco created the show as a way to teach the world about fighters. The human beings who lived and breathed it, sometimes too harshly on their loved ones. He succeeded already with the 40 episodes that ARE CURRENTLY AVAILABLE TO STREAM ON NETFLIX.

Balasco accomplished something. It’s already a masterpiece. If there is going to be another chapter, it has to be superb. The creator would agree. My advice: Be patient.