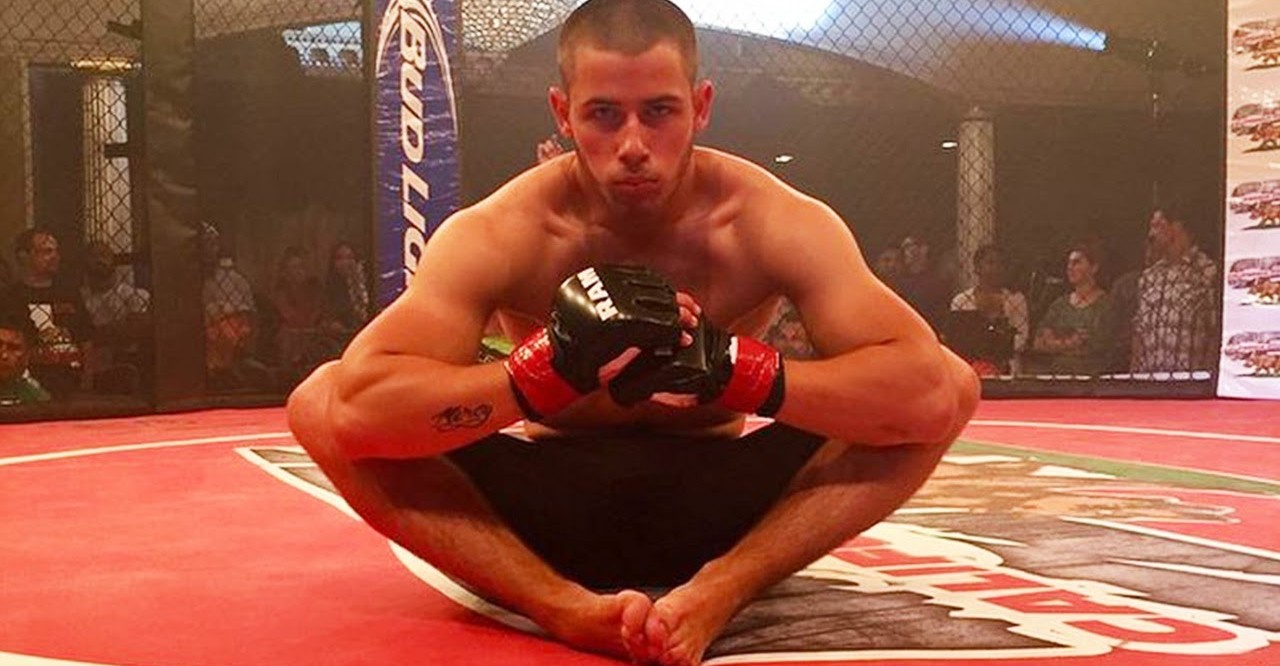 Nick Jonas playing an MMA fighter didn’t exactly land right off the tongue. As his co-star, Paul Walter Hauser, would say, it was more of a mad lib than true fact.

*****SPOILERS*****People who haven’t seen “Kingdom” should not continue.

Let’s just say the kid proved us wrong. While he may have burst onto the entertainment and Hollywood scene as a member of the Jonas Brothers, Nick has carved out a different place for himself. It’s that rarified air of versatile performer, when you can sing, perform, and act.

Taking a major role in Byron Balasco’s MMA odyssey, “Kingdom,” wasn’t a half-measure by any count. It was the polar opposite, a bold leap for an actor who just finished writing his name on the desk label before throwing his first punch on set. Balasco’s DirecTV Original hidden gem turned Netflix hit series opened up big opportunities for Jonas, who would go on to star in the highly successful “Jumanji” sequel after the series wrapped in 2017. While the “initial” end may have seemed premature for the hardcore “Kingdom” fans, Jonas’ imprint will remain unscathed.

It was the most difficult role on the show. Frank Grillo had to add in toxic herbs to his real life toughness to conjure up Alvey, but Jonas had to venture into a ground that wasn’t celebrated wholly just yet. The mind of a closeted gay fighter in mixed martial arts. Jonas’ Nate Kulina is one of the main reasons I sell Balasco’s series as something much more than a simple show about a fighter’s life. It’s a multi-faceted long-form conversation about the different aspects and challenges of a fighter’s life. There’s much more than meets the eye, and Jonas’ Nate is the epitome of that statement.

He doesn’t get the juiciest role like Jonathan Tucker’s Jay Kulina, or the tragic grace of Matt Lauria’s Ryan Wheeler-but Jonas gets the most complicated role. And he nailed it! Talk about restraint and rage mixed up into a dangerous concoction that could bring the entire Navy Street gym down. Here was a young man trying to live free and clear instead of paranoid and guarded. Jonas set all that off with his portrayal of Nate, a naturally-gifted yet doomed fighter. Someone who unfortunately never had a chance at a real and honest life.

No matter what your expectations were with Jonas heading into the pilot, you were surefire blown away by the end of the penultimate episode. Something you didn’t see coming yet felt so wholeheartedly due to how magnificently Jonas played the role. He made you feel all the sorrow and rage when Nate’s life ended prematurely.

“Kingdom” nailed the technical aspects of the show. The fighting choreography-especially the fight between Grillo and real-life MMA legend, Matt Hughes-was superb and should set the standard for future fight shows. The attention to detail was second to none. But the real heart of the show was in the madness these characters faced outside the octagon, a place much further from happiness. A state of mind that sits closer to crazy and outrageous than sane and comforting. The show lived on the edge, stayed alive under dirt for years before re-emerging on the world’s most powerful streaming network.

Performances like Nick Jonas’ Nate Kulina, so raw and compelling, are a big reason for that cult obsession. He surprised us all and then some, reminding us that artists know what they are capable of in the end.

Thanks for reading and go enjoy some “Kingdom” on Netflix.