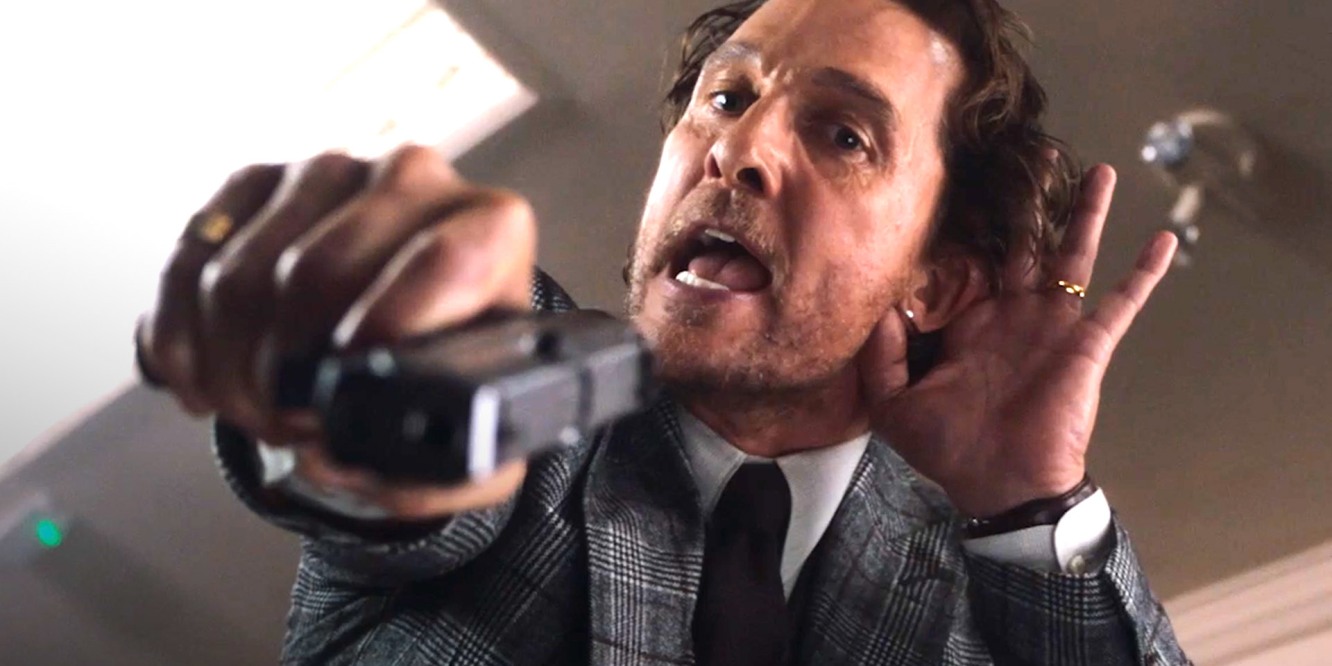 Mickey Pearson (Matthew McConaughey) is on top of the world, seemingly untouchable. He created a highly successful marijuana plant and distribution company, stayed alive, and has a gorgeously ambitious wife (Michelle Dockery). But the time has come for him to get out of the game, but he’ll have a hard time doing that peacefully, because competitors are coming for him. Some of those are the potential buyers, because in the drug business, there are no easy retirement plans.

“The Gentlemen” reminds you of all the things you love about a Guy Ritchie film. The slick and shape-shifting plot, involving multiple betrayals and rug-pulling twists. The kinetic dialogue, delivered by a slew of Britain’s finest talent. The rapturous mix of elemental comedy and physicality, making sure the film never gets too light or heavy in its delivery.

Most of all, you are transported to an exotic world of violence, drugs, loads of cash, and dire consequences. The gangster world, that is. Ritchie’s criminal fortresses always include a rather simple setup that unfolds seamlessly if the cast is up to the challenge, and this movie is a prime example of rich casting.

McConaughey is in his comfort zone as a rich tycoon who made a billion without, as he timely puts it, “killing anyone with his drug.” The Texan knows how to make a single line of dialogue crack, and has the star power weight to make you care about a deadly figure in Mickey. Dockery steals the attention, and oxygen, in the room when she shares the screen with McConaughey. You haven’t seen romantic chemistry in a Ritchie film since Robert Downey Jr. and Rachel McAdams in the first “Sherlock Holmes” film.

Cheers to Hugh Grant for following up his winning antagonistic take in the critically acclaimed “Paddington 2” with a sly performance here as Fletcher, the catalyst of the film’s key events. Grant is wisely mixing up his cinematic game plan these days, keeping him ahead on the scorecard of aging performers in Hollywood. It is Fletcher’s visit to Ray (Charlie Hunnam), Pearson’s second in command, that kicks the plot in motion. Fletcher is a slimy paparazzi soldier for a wealthy media mogul (Eddie Marsan, everywhere and good in it these days). When Pearson can’t escape media coverage and widens the target on his back, “millennial fireworks” like Henry Golding’s gangster get involved in the potential deal.

You can guess a lot of things go wrong, blood splatter occurs, and just about everyone can’t be trusted here. Ritchie’s films work best when the riddle is endless and you’re kept off balance about where the film is going. A fake-out death in the opening scene of the film-which is followed by a killer song in a gem of a soundtrack-sets you up for a lot of moving parts in this tale.

Everything you missed about “Snatch” is revisited and updated quite well here. Colin Farrell has a quality turn as a boxing coach who finds his young band of aspiring boxers mixed up in the world of crime. Farrell has hung out on the Johnny Depp playground, taking a variety of roles and turning into a chameleon on the big screen. He stands out here in several scenes, playing a good man caught up in a dangerous world, yet finding his trusted word and accountability valuable.

It’s a man’s word that represents his bond in this arena of cinema. Pearson, Ray, Fletcher, and Farrell’s Coach find themselves living or dying on the strength of their word in this film, which clocks in at a little over two hours yet paced just right. You’ll get a kick out of Grant and Hunnam bounce jabs off each other, and seeing McConaughey truly take the lead in a film again. If you don’t buy his Mickey, the film falls apart early on.

“The Gentlemen” joins “Bad Boys for Life” as a surprising January delight. It’s been a while since Ritchie visited this genre, so like the Will Smith vehicle, seeing it come to fruition in a satisfying way is a great development.

It’s Ritchie’s main wheelhouse after all, so seeing him comfortable in his own skin-and not wasting our time like he did with the “King Arthur” monstrosity-means good things for the future.

If you like British gangster thrillers with a heavy helping of dark comedy, hand your hard-earned cash over to “The Gentlemen” this weekend.