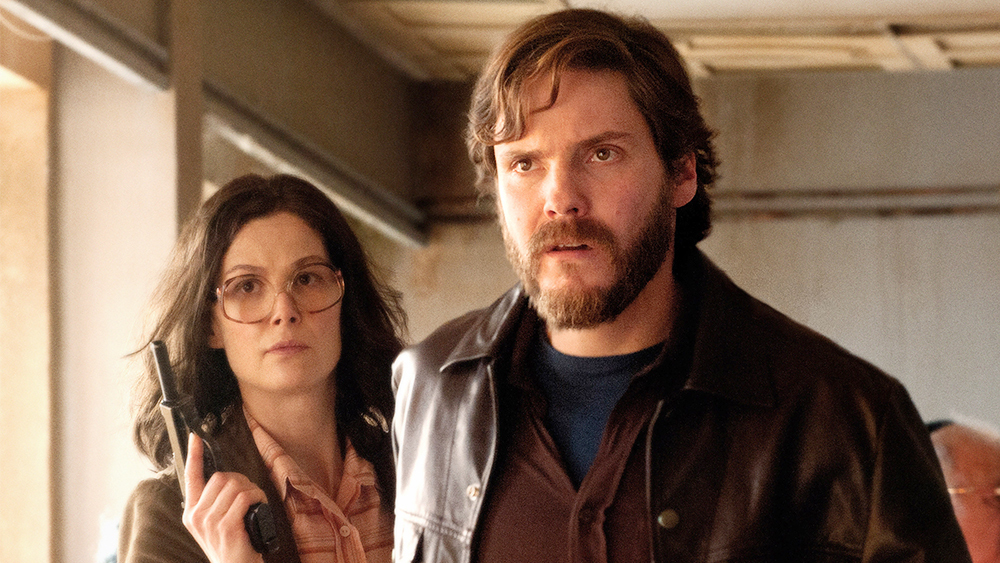 In the summer of 1976, Israel put their foot down as an international power, and that didn’t sit well with Palestine. War broke out, murder was commonplace, and politicians merely tried to keep a resemblance of peace. Israel’s reputation as a country that didn’t negotiate was put to the test when a group of freedom fighters hijacked a plane containing Jewish passenger, landing in Entebbe, Uganda, demanding terrorists held in Israeli prisons to be released.

7 Days in Entebbe is inspired by this true story, but I wouldn’t call it an idea that was executed well. Jose Padilha directs the movie like a guy reading a recipe off the internet, injecting nothing unique or thought-provoking into the tale to give it any extra cinematic juice. He basically sat in a chair and said, “go ahead”.

The plot is divided between the airport in Uganda and the political war room back in Israel, where the conservative peace seeking Prime Minister (Lior Askenazi, Norman) butts heads with the military force hungry advisor, Shimon Peres (Eddie Marsan, Ray Donovan). The strategy of how to deal with a situation involving over 100 innocent passengers requires multiple trains of thought, but the movie doesn’t stick to either one, spending most of its time with the hijackers, which include Bose (Daniel Bruhl) and Bridgette (Rosamund Pike).

The standard hostage foreplay takes place. People either need to use the restroom, taunt the kidnappers for their motives, or sit still in sweaty peril. Bose doesn’t want to be painted as a Nazi hoarding Jews, while Bridgette is ready to take things to a deadly level, even though she constantly shows humility. While their partners may be more forceful, you never fully buy into the fear factor in this situation.

Gregory Burke’s script undercuts the two settings with a third involving an Israeli soldier’s girlfriend and her exotic dance group. This is where the film started to irritate me. There was no need for this overly dramatic cinematic energy drink to be included in a film about a hostage situation. The woman constantly flubs her role in the group’s performance, and the reason that lingers is that she worries about her boyfriend’s job. Did someone hit the snooze button?

Before the film starts, the screen involves us that certain elements were added in order to dramatize the plot. It’s as if the filmmakers knew this true story wasn’t going to be strong enough to hold an entire film, so they added “exotic dance” to the tale, thinking it would enliven the proceedings. Wrong!

Bruhl is a very capable actor, but he has nothing to do here except read some bland lines and look stressed. Pike is overrated to begin with (her work in Gone Girl withstanding), and she doesn’t add much to the film. Her performance is arbitrary, as if processed by a computer-generated image instead of an actor. Just like her role in the brutally taut Hostiles, Pike exists instead of leaving a dent. If her and Joel Edgerton ever do a film together, you should bring a blanket to the theater.

Marsan and Ashkenazi fare better, but don’t get enough screen time to lift the film out of its serviceable state. The big rescue scene that is promised in the trailers, synopsis, and the entire film is undercut by….what else, an EXOTIC DANCE SEQUENCE that distracts instead of empowering. It did give me a headache.

There’s a good movie to be found in this famous standoff, but Padilha couldn’t find it. It’s a serviceable thriller with no great parts to it. This is a film that several actors more than likely passed on due to the lack of meat on the bone of the script.

A few hours after I screened 7 Days in Entebbe, it drifted my memory. When I see it appear on my guide at home later this year, I’ll keep flipping.