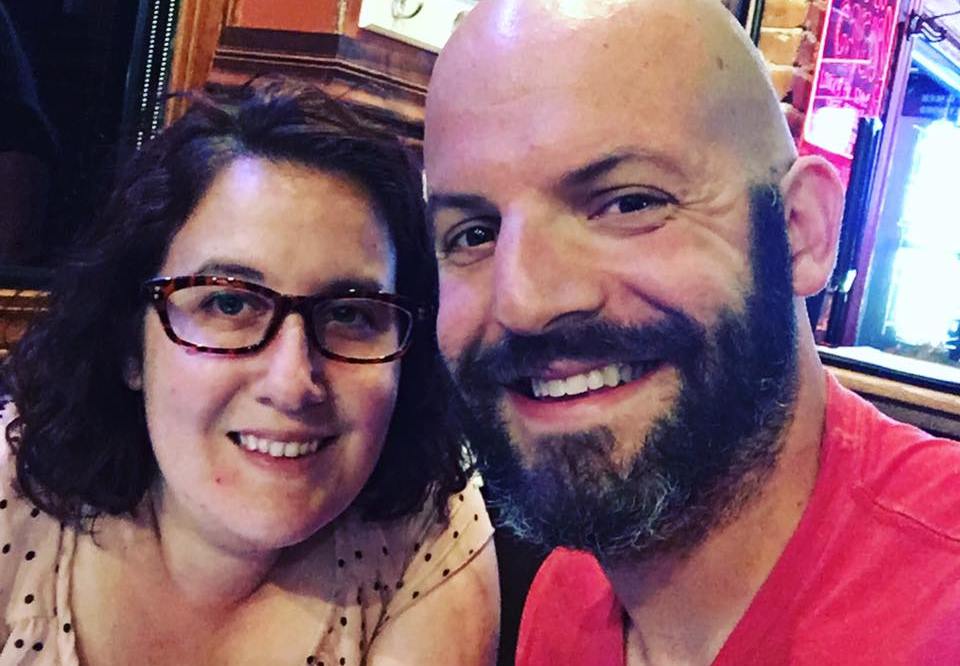 Confession: single people scare the shit out of me.

I’m not lying. When I drive drunk single souls home every weekend, I hear it all. A woman dressed to kill who can’t find the man she wants or berates the one sitting next to her. The guy in the super-tight polo shirt who clicks away on his phone at a woman while he taunts his buddies. “Hey bro, guess what she just said??”

Hey bro, I don’t give a shit. I couldn’t care less.

Let me explain. I’ve been married for 13 years and living with my wife for nearly 16 years. On May 6, we celebrate the 16th anniversary of our first date in Columbia, Missouri. I haven’t been single since May 5, 2002. If I was given a mulligan, a chance to do it all over again, I’d do the exact same thing.

I’d strap on that fitting white t-shirt, khaki shorts, and sandals for the night out with the lady from the floor above in Hatch Hall. The same woman who was stuffing her face with cupcakes, but had a Dave Matthews poster on her door when I hit on her. I’d take her to a showing of the Stephen Doriff classic and Oscar nominated flick, Deuces Wild, which also featured a breathtaking (as in please stop) performance from Matt “I have hair on my chest” Dillon. I’d make out with her in the rain that night. She was crazy, but my kind of crazy.

Every guy thinks back to a scenario where they could play the game over again. It’s what we do. Overplay something in our head because we are too restless to tell our mind to shut the fuck up. I get a whiff of this every time a pretty young woman gets in my car, stinking up the joint with perfume or the pronunciation of the word, “like”, a hundred times. I think about a time and place where I would be single and free to hit on this woman. Then, suddenly, I feel a shortness of breath and remember that being happily married is kind of cool.

It’s nice coming home to a woman every day. Knowing the other side of the bed won’t be cold. Sure, there are epic fights, but there’s also epic passion and love between her and I 16 years later, when the fuse would have disappeared long-ago without a little effort.

Don’t let anyone tell you marriage is easy, because it’s the opposite. Marriage is hard-ass work, but it sure beats the single life.