In case you missed it on STL Sports Minute….

According to @CubsCardsCast, MLB analyst Jim Bowden mentioned on satellite radio this morning that the St. Louis Cardinals could be a landing spot for Baltimore slugger Chris Davis. Is this plausible? What would it take? Is this a good idea? After talking with my Cardinals cohorts, Let’s dig into the conversation on this Sunday morning. As I gulp the coffee..we run.

Is it plausible? Sure it is. The Orioles aren’t exactly sellers or buyers but they aren’t sure about keeping Davis past this year, where he has a 12 million dollar deal. Davis is 29 years old, is slugging well this season but may not be a part of the plans in Baltimore. Instead of offering Davis a qualifying offer they don’t want him to accept, the Orioles can get something for him now. Possibly rebuild at the position or gather young players. Davis also fits the Cards needs at first base in solving a short term fix without being attached long term. Davis will be looking for a long term deal so he will be playing like a man on the hunt.

What would it take? The return wouldn’t be light according to my fellow STLSM scribe Corey Rudd, due to Davis’ power raking ability, young age and the Cards need. Stephen Piscotty may be a conversation starter but it could also be a guy like Marco Gonzales and Tim Cooney. Jacob Wilson is a solid hitting 2B prospect with a huge roadblock in front of him. The Cardinals biggest problem in finding help is not having a ton of pieces to work with. Also, does Mo leverage a huge piece like Piscotty or Gonzales to find a guy who could be gone by this winter? With the way the team is playing, my guess is not. 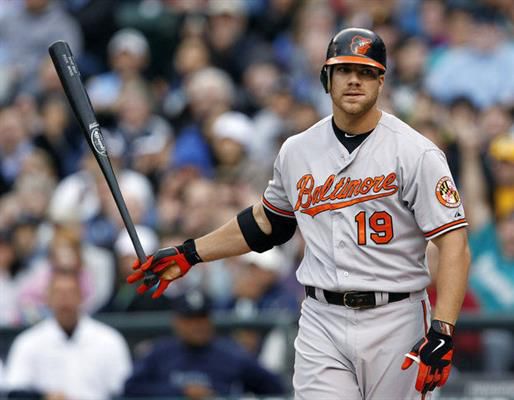 Is this a good idea? Yes and no. Davis has 22 home runs, 60 RBI, and slugging .487. It’s a sexy proposition when seen across the street. He is exactly what the Cardinals need. A masher. He strikes out a ton(120 whiffs in 339 at bats) yet also cranks long balls. However, he loves hitting in Baltimore and doesn’t fare too well on the road. His home OPS is .913 and his road OPS is only .718. He also plays in a division that includes the short outfield porch in New York. Take him away from that and put him in Busch Stadium and things may be less exciting. Sure, Davis taking swings in the hot summer air of Wrigley and the sandbox that is Great American Ballpark seems fun but may not be worth the price that the Baltimore Orioles will ask. Acquiring Chris Davis isn’t a bad idea but it may be one the Cards can’t afford.

The idea of Davis in St. Louis is a cool thought. He could hit in the middle of this lineup and give it another dimension. He is a good young swinger. However does Mozeliak rock this boat that seems to be thriving right now with a potential heavyweight in Davis and trade some of the young core to get him? Is this the right timing for a big deal because the Davis deal would be big? After going to the brink and back, I don’t see Mo making this move unless Baltimore’s price is reasonable. While the need at first is there, I don’t think Mo pulls this trigger.