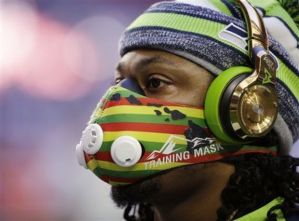 Call this a sneak peek for DOB readers. While this cooks in the KSDK oven, I fire it out of the cannon here. A look back at Super Bowl 49. I could spend an hour breaking down how bad the Seahawks playcalling was but I’ll stay with the big picture here.

The Microsoft and Camry commercials. Common and Muhammad Ali narrating.  Men and women finding new ways to improve their lives via the software and  its abilities or the new found enhanced cohesiveness of the car. Finding new limbs, new lives and the acknowledgement of technology. A win here.

Chris Matthews-Do you know who he is? Before the game, nobody really did outside of football. The Seahawks wide receiver had four huge catches and will garner contract talks and attention for his performance. He played two seasons in the Canadian Football League and was a practice squad pull in December. Nice story.

The Furious 7 spot. The Vin Diesel powered engine and 7th round in the franchise could be the best yet because the stakes are constantly raised in the spring box office dominating series. The new villain, one of the best action bangers in the business in Jason Statham. Factor in the final glimpse of late star Paul Walker and the stage is set. These are guilty pleasure juice dripping action delights for the spring season. Who needs a summer season release when you dominate the month of April every single time? Can you tell I’m excited?!!

The speed of the game. Imagine if the Oscars went that fast. Quick speeches, less crowd shots and presenters working like crews do on a Clint Eastwood set. I don’t mind the length of the Academy Awards, but imagine if they moved as fast as this Super Bowl.

The Liam Neeson Clash of Clans spot. Taken 3 would have been so much better if it’s running time and plot revolved around 90 seconds of Liam threatening a fellow gamer. AngryNeeson52 strikes again!

The Budweiser Spot-Horses. A puppy. Threatening wolves. A wonderful cover of “I’m Gonna Be(500 Miles)” by Sleeping At Last. Uplifting finish. I bit hard here.

Dreaming With the Dude-Jeff Bridges humming and working a pot is actually available at dreamingwithjeff.com, but this spot was truly funny on its own. The dude abides and never dies.

Tom Brady Throwing Two Inteceptions-I am not a fan of the now legendary Patriots quarterback. It could be his robotic complexion at post game conferences. It could be the fact that he ruined the Rams chances at a Super Bowl over ten years ago. It could be the fact I just don’t like the way he works. Brady interceptions make me happy. So sue me.

The Dodge Spot-Old timers telling you what to expect and throwing up the peace sign inside a Dodge Charger. Awesome. This was a perfect way to celebrate 100 years in the business of making muscled vehicles. Endurance always wins out.

The BMW Commercial and the Today Show Spot-Stop it. Now. Bryant Gumbel and Katie Couric talking about technology like they have no idea or trying to dance in a car. Matt Lauer walking through NY with the rest of the Today Show cast to Coldplay. Give me a break. Sap overload and a lack of execution.

McDonald’s Lovathon-Save it. First, the signs around the country during bad times. Basically, we will take your money even when your house gets shredded or bad things happen. Now, it’s give your mom a hug and we will give you a big mac for free. Nice, but no thanks.

Carnival Cruise and JFK-I will listen to the late President’s speeches anytime but did we really need him to tell us why we should go on a vacation?

The Seahawks IQ in the Final Minute–What were the players thinking? Let’s lose the ultimate battle and win the the stupid war. They started it near the goal line and were penalized and labeled as idiots.

The Seahawks Coaching Staff-Pete Carroll and offensive coordinator Darrell Bevell. These two gents were responsible for the Seahawks coughing up Super Bowl 39 and the chances for a repeat. I am sorry folks but Marshawn Lynch could have carried me and the football from a yard out. Believe it. That was horrible. No one calls a passing play from a yard out with Lynch standing behind the line. That is anti-beast mode and quite idiotic. This won’t digest well with time. Seattle had it in their palms and let it go. The Tom Brady sad face was forming and the Seahawks said, “wait a minute, let’s turn that frown upside down”.

The Anti-Heroin Ad in St. Louis-Sure, talking about it raises awareness but an optimistic jingle playing while a teenage kid overdoses to the deadly drug with his mother finding him is just too damn much. It may teach a lesson but doesn’t need to happen. Figure out better ways to spread awareness. And get a better song. That was cruel.

That’s all folks. The game between two teams I couldn’t care less about was actually entertaining and the commercials were solid overall. Now that the Super Bowl is over, let’s focus on baseball, which starts up in 18 days with spring training opening.

One more thing. Let me personally acknowledge how bad I feel for Marshawn Lynch. The man collects the most rushing yards in the past three years of any back, barrels over players, and doesn’t get the ball with a yard to go. Next time, go grab that ball and run it in. Coaching isn’t required when a beast lies behind your line. And, the man eats skittles before the game. How about that? Anyway, goodnight.

Thanks for reading and find my instant bits right here 24/7.