If you are catching this as you sip the coffee or digest the oatmeal before work, hopefully it will fire you up. Back in the day, a college professor told me writers are needed to inform others not only how to think but to slap some sense into them. We are 90 percent blabbering morons but sometimes a pulse is clicked and a vein is pierced. Here are a few things I need to get off my chest. Call it a bullet round. A head clearing. A roast. Give it a name and I’ll turn it into a stamp.

More like the gossip fucks. The people who must stick their large fucking heads into other people’s business because guess what…their life sucks like spoiled rotten egg nog. Why not? You’ll find these people on social media, in the neighborhood Walmart or at your workplace. They like dirt so much that National Enquirer is their middle name. They don’t care about good things. It bores the shit out of them. All they want is bad dirty info they can spread around to other people and hopefully start a storm cloud of shit. People reading this will know instantly what I am talking about. Others will just think I didn’t get the right amount of coffee this morning. The answer is easy. I’ve always hated people who can’t mind their own business. I ask myself every time I see this happen, what do they have to gain by sticking their fat beaks into other’s lives? What are they getting out of this? Satisfaction? Glee? Misery relief? At the end of the day, it doesn’t make them any less uglier or full of shit. I look at these people a lot. Through their words or right through their temples. I want to know what their purpose is. Are they replacing something they are missing? Gossip hounds are lawyers without a suit or a law degree. They want to investigate but their cases would fail straight up in court. They stink like the shit they dispense. Next time you see one of these people, tell them the next time a person asks about someone else’s personal or wants to know about a matter of business that isn’t privy to their needs, recite these three wonderful words. I DON’T KNOW. Those three words are a godsend. They save you from fucking yourself up and from fucking up lives. If someone asked me about biology or how to fix an engine, I’d tell them I don’t know. I wouldn’t want to lead them down a path that ends with our heads stuck further up our own asses. What good is that? I would tell them I have no clue. It helps. It keeps life moving. It presses go on the escalator. It cycles the bullshit out faster. Next time you feel like leaning into someone else’s business, do everybody a favor and fuck off.

Guess what, RAMS fans? Stan wants to take the team back to Los Angeles. The city of angels. Or in his case, the land of hundreds of millions of dollars in land development deals in Inglewood. Stan never wanted to keep the team here. I never believed that. It was all a front. A stack of baloney sold to grieving hurting Rams fans. He was quiet, waited and struck a different deal elsewhere. According to the Los Angeles Times, Stan and another party have found a piece of land to build a stadium on. The field could be ready by 2018 but the Rams, if moved, could be gone by 2016 and play in an interim stadium. The NFL has to get a majority vote before anything happens but Stan is paying for it out of his pocket and barely asking for the public’s money down there. Supply your own vault and things speed up. All Jay Nixon and the St. Louis Stadium committee can do now is keep moving forward with a new stadium deal of their own and hope to lure the Chargers or Raiders(please give me the former) and start fresh.

The NFL likes St. Louis and won’t rush to move Stan and his Rams. Nixon and his Task Force guys, Dave Peacock and Bob Blitz, are working with the NFL already in connection with the new stadium plans and didn’t think twice to wait on silent Stan. Spare me the be nice to Stan because he is a business man routine. He reached out and snatched the majority ownership tag from Shahid Khan years ago, promised to keep the team here and now leaves a stunned football team’s fans(who kept coming to the Ed Dome despite crappy teams) alone. He made a promise and coughed it up. It’s wise to never trust a suit but Stan worked the city here like a fiddle. I won’t wish misery on the man but I hope he steps in dog shit tomorrow and the next day. In the mean time, the city of St. Louis has to fight for a team now or lose the NFL forever. Don’t lose hope yet, members of the Lou. The Rams may be leaving but the idea of football isn’t gone yet. As Elliott Ness said, don’t stop fighting until the fight is done.

The New Year “New Me” Crowd

Stop it. Please. Remember you can change ANY DAY of the year and not just January 1st. The gyms will be packed for exactly two months. The diets will commence. The fevers will burst. The legs will start to move. This happens every year. All I do is run around these people on the street. Kick them off exercise equipment. Bark at them to meet me in July. I don’t hate on a rehab body plan. I just hate the cliched New Year’s Day resolution. It is as phony as a bag of ribbon. Hollow like an empty bullet casing. Hang with it and next January there will be no damn need for a reconciliation with the body. These are the same people who leave a 35 minute workout and tell their friends it felt amazing. First, if you ever leave the gym smiling, go the fuck back inside because you aren’t in enough pain. These are the same people who will instagram their first day at the gym like it’s communion. The same people who run 1.5 miles on a treadmill to The Ellen Show and go home and eat a pepperoni pizza. Save me the story. Show me the sweat and agony. Thanks, Signed, Asshole Who Has Worked Out for 15 years.

Since I am spreading this around today in random places, here are my top ten films of 2014 and the ten WORST movies. With a little snippet of why.

10. John Wick-This film was a lean slice of action bravado that made Keanu a king again. Wick knew exactly what it was.
9. Edge of Tomorrow-Cruise and Blunt created a science fiction action thriller with a sense of humor. Hard feat pulled off.
8. Dawn/Planet Of the Apes-A potent timely reminder of our resistance versus change was extremely well executed here. Thrilling experience.
7. The Drop-Tom Hardy excels in this slow cooker crime drama about loyalty and choice. A cool calm Dennis Lehane joint that startles.
6. Life Itself-A heartfelt ode to a legend in Roger Ebert. He pushed every film critic to be better. This doc did him a solid.
5. Begin Again-John Carney is 2-2 in movies about the healing power of music. Mark Ruffalo is very good here.
4. Unbroken-Angie Jolie’s story about an American hero stays with you. Jack O’ Connell’s work and Roger Deakins’ cinematography are first class.
3. Fury-David Ayer’s red meat version of Saving Private Ryan hit a nerve, showed the true frailty of war and pulled a fine performance from Shia.
2. Kill The Messenger-Jeremy Renner is Oscar worthy as Gary Webb, a renegade journalist who crashed in the name of integrity. Film demands your attention.
1. Chef-Jon Favreau got back in the storytelling kitchen with this heartfelt edgy tale and it knocked me on my ass. Perfect in every way.

10. Foxcatcher-A solid true story transformed into a dull, overwrought, and complete misfire. And apparently was sorta false.
9. Divergent-Attention, makers of this movie and the franchise, the Hunger Games are better and always will be. This movie just stunk.
8. 3 Days to Kill-I’m not sure what Costner was thinking here but I will take it that he was drugged.
7. Angels in Stardust-Heard of this film? No…well good. Don’t think about it. Alicia Silverstone can stay retired.
6. Fading Gigolo-I am not sure what John Turturro was going for here but if sleep inducing was the key, he succeeded.
5. Godzilla-Too much drama and not enough rock em sock em monster mashes. Also, Aaron Johnson was terrible. Next time, let the big guy fight from the get go.
4. Sabotage-David Ayer misfire. Good cast and cop related but an overcooked ending spoiled the goods and wet the bed. See Fury instead.
3. Tammy-Melissa McCarthy overkill. What was fresh in Bridesmaids went sour here. Not Funny at all.
2. Transformers: Age of Extinction-Michael Bay took a steamy 2 hour and 45 minute shit on my childhood Hasbro heroes here. Mind numbing.
1. I. Frankenstein-I am not sure who has dirt on Aaron Eckhart but he needs to find out quick. His career has gone to shit.

Check my site, http://www.film-addict,com, for the official staff top ten. It’s going to be juicy.

What are you listening to this week? I am mixing Sam Smith, Black Rebel Motorcycle Club and Exitmusic.

What scares the shit out of you? The biggest thing I fear is something will happen to my mother or father while I am down here in Arkansas. Fair statement here. I am homesick and feel isolated but I fear bad things more than anything.

The Cardinals report to spring training in less than six weeks.

The Blues are playing good and bad hockey, game for game. It must be January.

The Rams finished 6-10. Yeah, they can go. Hardly one man’s fault but a group activity. Give me the loudmouth Philip Rivers. A quarterback that can remain on his own two feet.

The Saints, Falcons, and 49ers didn’t make the playoffs and the Cards and Panthers did. Huh?

BANSHEE kicks off Season 3 on Friday and I am already plotting cast and crew interviews. I have never anticipated a show this much. Yes, I am including Sopranos, The Wire and Sons of Anarchy. Banshee has me hooked. I flew through the first two seasons in preparation. Every time I watch, I notice a new plot thread. It isn’t all sex and violence, even though it does both of those things very well. There’s characters here. Always something boiling. Check it out.

That’s it. The latest dose has been administered and I need to go find a couch and get horizontal. 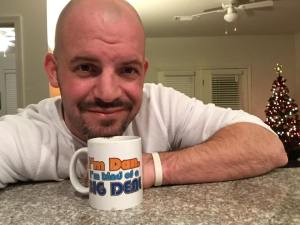 One thought on “The Bullshit Crowd”