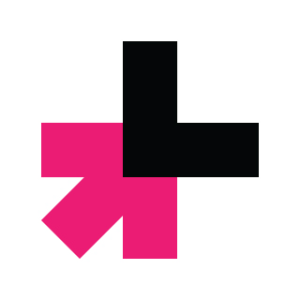 Since I can’t literally fight for the causes I care most about, I write about them. If I led with my fists, I would spend time in jail and that doesn’t help anyone. I want to talk about a few things I care about here today and spread this post as far as I possibly can. Words can travel far with the right tools and they need the right push. Social media helps. So when I am done here parading for powerful cool shit, I am going to post it there. If you know of another way to make words fly fast, let me know. I’ve always said if you take the time to write about something or talk about it, that means you care.

Striking Out and Kicking Cancer’s Ass

Diseases suck. What sucks more? People dying young from a disease. People dying old dying from a disease. You know what really fucking sucks. A kid dying from a disease like cancer. My parents work in hospitals and I’ve had the privilege(if that is the right word) to spend quite a decent amount of time in them. Nothing shrinks a person into a human raisin like seeing a kid with cancer. A bald, lifeless, doomed and completely sad kid. I’ve seen it and it made me mad. The kind of mad where you need to take a walk or else you will punch shit mad. Enraged and full of fight. It isn’t right and never will be.

Former St. Louis Cardinals pitcher Jason Motte gets this. He started a foundation to help children with cancer in 2013. You may have seen the shirts… 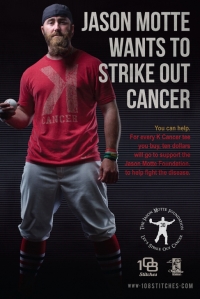 Green Day also has a cool site connected with the American Cancer Society to raise money for breast cancer awareness. I don’t care what you think about the band. Go for the cause. They have cool wristbands(I am a wristband fanatic) that say, “F__K Cancer” and shirts as well. Nothing gets the point of something important faster than the wonderful four letter word that people seem to feel bad saying. Cancer sucks, so fuck it folks. Wear it proud. Here is that link. The bands are FIVE bucks.

I lost a dear friend, Troy Siade, ten years ago to Non Hodgkins Lymphoma. It struck quick and took him fast. He was an energetic, caring, and good looking man in his 30’s who left the world too soon. He had family and people he loved. A day doesn’t go by where I don’t feel like calling him to rant about the Cardinals, a team we were both obsessive over. I only knew him for 2 years but the past 10 have hurt more than anything. There are millions of Troy’s around the world who leave too soon. Defenseless and blindsided by a disease no one can stop.

You know what you do when something doesn’t work. You keep trying. Stay in the ring. Keep throwing punches. Put minds together. Raise money. Kick. Scrap. Punch. Raising money helps. Do something with your life. Instead of eating out once, buy a shirt or a bracelet. If you dumped a bucket of water on your head for ALCS, you can wear a comfy shirt or bracelet to support the fight and eventual asskicking of cancer.

He For She Campaign

I wrote about this in October so I won’t stay too long here. I have a huge amount of respect for women in the work force and in the world as a whole. I think they deserve better. Equal opportunity is something every man and woman should have. You shouldn’t be shortchanged because some employer is in love with the way things were when MAD MEN and the 1960’s were happening. I’ve always had a problem with the delay in women voting back in the day and the reason people sit in shock and freak out about the idea of a female President. Why not? I was raised around powerful women who dug their heels into their lives and supported people. My mom is a saint. She raised my brother and I to be well minded men, and she still helps my brother. She takes care of sick babies at the hospital and comes home and treats her family like a war is going on outside and the kitchen is a bomb shelter. Some men are born with shitty mothers. I was not. I got lucky. My late grandmother, Meme, was an amazing woman who cared about every single soul in the room. My grandmother, Nana, is as tough of a woman as I’ve ever met. She doesn’t take shit for an option and cares. My wife is a hard ass working woman who finds time to be a good mother and a caring person.

It’s simple folks. Emma Watson started this campaign with a speech at the UN.

“We need to galvanize as many men and boys who are willing to be advocates for change.”

Scream it Emma. I am with you. Give it up men. Let equality run free. It’s 2014. What’s the holdup? Now I am sure I will get some response here from a person or group of people saying they have seen enough equality. That’s great. The world, unfortunately, has not so click on the I Agree option on the site and get with it. It costs you NOTHING.

I used to love, adore and stand by Starbucks. I still hit them up on occasion for a specialty drink(Skinny Vanilla Latte takes the pain of the world away for 10 minutes) or a large Iced Coffee. However, their regular hot coffee has started to taste like Subway’s sandwiches. Redundant, bland and unimpressive shit. It does the trick but it’s not enough for a guy who drinks more coffee than the average mammal. Sure, you may catch them on a day where they DON’T overroast their coffee to death and get a decent cup. You may not be so lucky.

Do this instead. Look up a local St. Louis independent coffee house called La Cosecha Coffee. They are located in Maplewood right in the heart of the city. La Cosecha stands for “The Harvest”. They roast fine fair trade coffee every day fresh in house. If you don’t currently reside in the Lou(like myself), you can buy some coffee online here and start tasting the good stuff before the New Year grows too old. The owners of this establishment, Jamie Jeschke and Gio Sparks, are good people and in the store every day. If they happen to not be in, you can meet Gregory Lowe, a passionate coffee masetro who plays the greatest tunes as he pours you a cup. They talk to you and will explain their process. Try doing that at Dunkin Donuts or Panera. They will look at you like you just sliced their bagel brain in half and went looking for gold. The people at La Cosecha give a shit about the coffee addicts who want something more with their daily cup of java greatness as well as providing the casual coffee lover with a cup to remember.

I’ve consumed five different kinds of their coffee and all weren’t left in the cup cold. You know it’s a crappy cup when it’s left on your desk or counter cold three hours later. This coffee will demand your attention. It’s pretty good. Don’t hesitate. Order. Support an independent coffee company. Score one for the good guys.

The time to spread the word and fight has reached its end. Thanks for reading and have a good weekend. 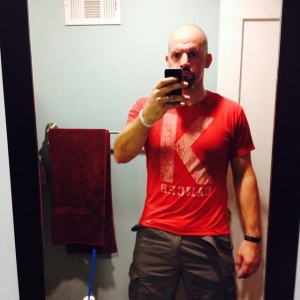