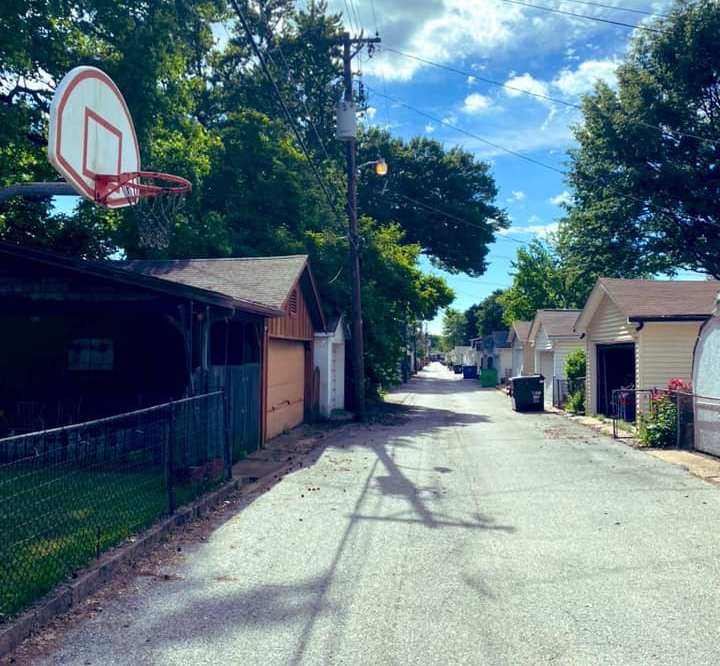 The first thing I remember is that I couldn’t stop sweating and my heart wouldn’t stop pounding.

There’s nothing worse than trying to get too much of a workout in extreme heat and getting your ass kicked. It’s a terrible feeling. The overpowering sun beats you to your knees, and there’s still a few miles left to get home. Cars fly by and you know they have the air conditioning on. Stores and shops are open, but you didn’t grab your wallet or bring any cash. I went out for a three mile run yesterday in 95 degree heat and made it home. But one time, I truly felt like I was in trouble after a hot run. Let’s talk about that.

It was September of 2012. The end of the summer season, so the final kicks of St. Louis humidity was raining fire down on the city residents. If you go out for a run in extreme heat, you instantly acquire the tag of moron. If something goes wrong, you’re an idiot. If you happen to make it home in one piece without wheezing, you’re a lucky moron. That’s the beginning and end of it.

You can be in good shape and still become overwhelmed by the heat. The sun and 95+ degree temps don’t care how many push-ups you can do, and a two minute plank doesn’t hold much credibility either. It will wipe the floor with you and leave you in a pool of fluid and regret.

How do I remember the date so well? As is the case with most things in my life, I mark events with movie releases. That evening, I was going to attend a screening of the new Rian Johnson film, “Looper.” It was taking place at Ronnie’s I believe, but I am not 100% sure of that. All I can remember about the theater is feeling okay at last about halfway into the film. Sitting next to a few fellow film critics, I looked like a guy holding on for dear life. I was still sweating, explaining it away to friends as a run gone wrong.

And it went very wrong. Let me put this way. I was thinking about sitting down in a stranger’s home-one that was full of cigarette smoke-just to catch a breath.

It started off just fine. I took the route up from my house, which meant I peeled up Mardel Avenue until I hit Jameson Avenue, to which I did a loop around Lindenwood Park. I was feeling good for the first 2-3 miles. Hills weren’t mean and slight sloops weren’t painful. You glide down the streets with a confident stride that doesn’t scream enthusiastic but gives off the “I’ve got this” emotional feel.

Then something happened. I wouldn’t say a grenade went off in my chest; more like an I.E.D. that sneaked up on me. I was suddenly weak in the knees, short on air supply, and felt a good cramp slam into my chest muscle. The heart rate skyrocketed. At one point, I was simply ready to sit down and take a nap in the middle of a street. I needed air and a lot of it. More than that, I needed water to slow down the heart without putting it to sleep.

It’s a wild sensation to feel your body under attack. You go over everything in that moment: what you ate earlier that day, the amount of water consumed, and the previous night’s sleep. All of it matters when it comes to diagnosing the body’s ailment. None of it is useless. When I thought about it, I hadn’t gotten enough water and didn’t really eat anything yet. Strike one and two right there.

I got home and collapsed on my floor. This is where a person smarter than me would have called my wife and called an emergency audible. You see, I had to pick up my son in a short time, so I couldn’t just lie on the floor and try to hold on for a couple hours. Back then, I would cut the rest time short because the kid was at the daycare. After work, I’d knock out a quick run and go get him.

I dragged my body into the bathroom for the most embarrassing shower ever. I climbed out and felt those cold chills rush into my system like you would get during a fever onset. Being tough is never worth it, ladies and gents. Never.

On my way over to the daycare, I hoped for every light to turn red, so I could stop focusing on driving and just lay my head back. Every single light was green. It’s as if the world was giving me the finger and telling me to suck it up or just quit. When I made it there, I felt like Ray Liotta towards the end of “Goodfellas.” I was looking up at the sky for helicopters while worrying about red sauce and family.

Back in the day, a pair of older sisters watched my kid. They chain-smoked like no other, so this was the last place you’d want to be after punishing your lungs on a run and currently suffering for it. But as I walked in to collect my kid, I felt like lying on their couch. Vinny had just turned one years old, so he was clueless. I looked like death, he couldn’t give two shits. That’s the great thing about babies and toddlers. They don’t get all those feelings and observations from adults just yet. It’s still buffering and loading in their system.

We got home and I felt like a race had been won. I just hung out with the kid, who was amazingly chill and responsive to a 30-year-old man acting like a 60-year-old after a five hour baseball game at Busch Stadium watched up in the nosebleed section. I could have sat on the floor for hours, the air conditioning wrapping me in a warm blanket of “go the fuck to sleep” and the room as still as the grass in the morning. I needed time.

And this is where having a Hall of Fame wife really comes into the picture. I had been communicating with Rachel all day about what was going on, so she knew I was in a state of mild emergency. She got home, took care of the kid, and told me to rest. I had a screening in a little while, so I took her up on it. I was still sweating but I played it off as a result of moving around for so long.

For some reason, she didn’t get in my way of going to the movie. Throughout our 18 year relationship, Rachel has never babied me. She trusts that I will be alright whenever I leave the house. When I Ubered, she never called incessantly asking where I was and if I was alright at 4 in the morning. She never worries about my dad and I going out on the town. She just trusts that I am going to come home. It’s a sweet deal if you can find it, ladies and gentlemen.

When I got to the movie, the heart rate had gone back to normal but I was still sweating a good amount. I needed fluids to replace the liters that were just rolling out of my system. I bought the largest bottle of water known to man and drank it slowly. For the first part of the movie, the body still gave me more trouble than Joseph Gordon-Levitt’s Bruce Willis-aged facial expressions.

But then something incredible happened. The sweating stopped. I started to feel okay again. Like really good. Something brand new. I finished the film, which I enjoyed, and exited the theater a calm and collected person.

No matter who you are or where you came from, life can be a series of close calls. Your body will tell you if it’s fucked up and your response determines everything. I found out that day limitations were settling into place. I couldn’t do what I used to be able to.

The best thing was, I was alive and well.