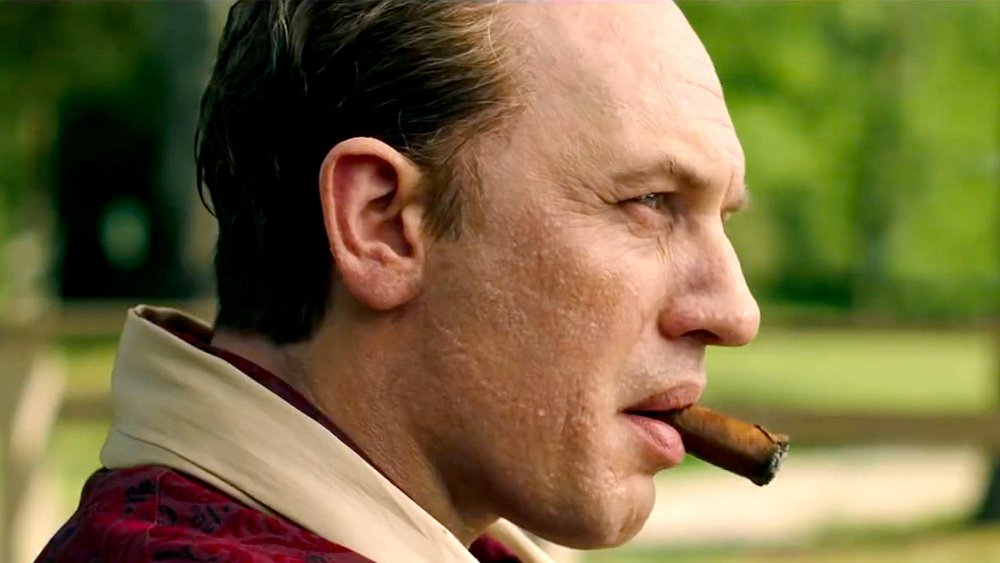 Many years ago, Leonardo DiCaprio played J. Edgar Hoover in a Clint Eastwood movie. I didn’t care for it that much.

Now, at the time, DiCaprio could do no wrong and was choosing projects/directors/roles like a seasoned berry picker at a classy vineyard. But this wasn’t a good movie and his performance was what plagued it, particularly the fact that you could see an actor wearing heavy prosthetic and makeup to make the role work. It was more of an impersonation than a portrayal.

That wasn’t the case with Gary Oldman in “The Darkest Hour.” But is it the case with Tom Hardy in the new Al Capone showcase, “Capone?” My answer is no. While the movie doesn’t come together completely in the end and the ambition is a little too raw, Hardy carries it. He’s wearing a lot of makeup and prosthetic but manages to give a performance. A true performance. He makes you wonder how mad Capone was in the head during his final days down in Florida.

Hardy does what DiCaprio couldn’t in “J. Edgar:” Give a performance, with or without a lot of makeup. He disappeared and Leo didn’t, at least in this one role.

That was general film review of the entertainment segment on The Large Morning Show in The Afternoon with Frank O. Pinion last week. A review of “Capone” and some other new films and shows, and the listener call-ins as well.

Listen to all of the action right here.