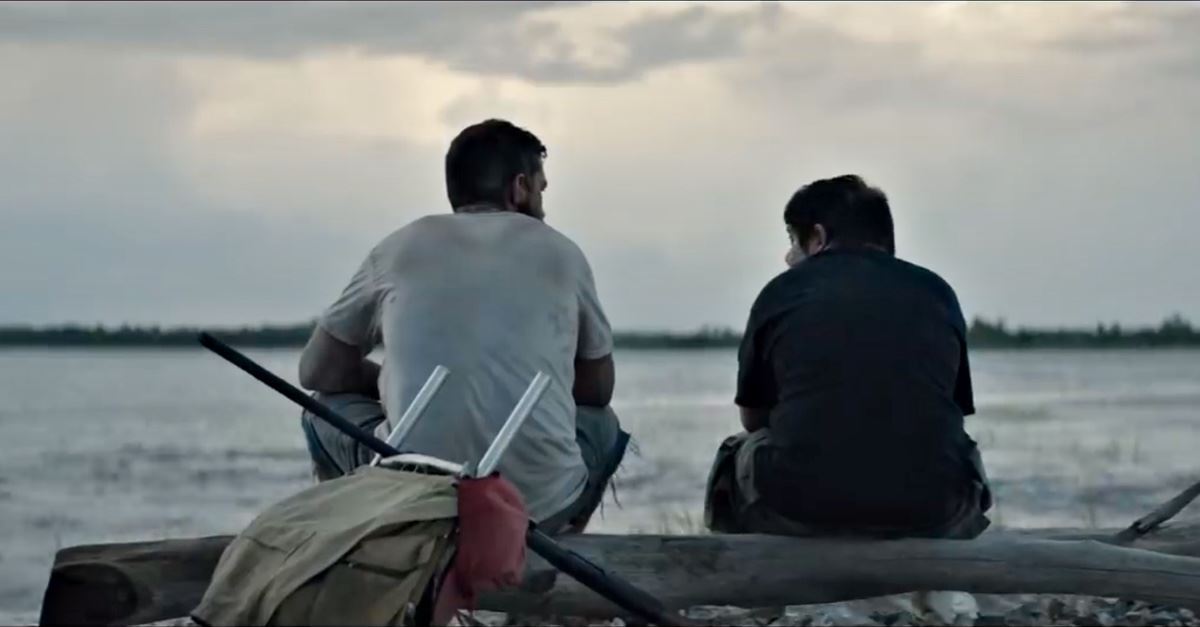 “Friends are the family you choose.”

Carl’s (Bruce Dern) advice to young Zak (Zack Gottsagen) create the foundation that Tyler Nilson and Michael Schwartz’s superb new film, The Peanut Butter Falcon, is built upon. A phrase that undercuts all the hate in the world with a powerful swipe of the inevitable, yet fairly unpredictable, way that humans run into each other at unique times in their lives.

If there is a film I would stand in traffic for you to watch this year, it’s this one. The proof is in the time spent with the indie darling and winner of the Audience Award at the popular SXSW Festival in Austin, Texas. Before the film hits St. Louis theaters this week, I have watched it three times. I would have watched it six times. It’s that good, an experience that creates an appreciation in one’s soul that grows like a crop in the fields in Savannah, Georgia, where the movie is filmed and based, with every viewing.

It is also thankfully one of the first films to truly place Down’s Syndrome, heartfelt warts and all, at the center of a film. In the film, Zak will tell you he is a Down’s Syndrome person, as if other people should know that before choosing to be his friend or not. Luckily for Zak, Tyler (Shia Labeouf) doesn’t care what he was born with, only where he is going and who is he meant to be.

The two form an unlikely yet strong friendship, a runaway and drifter traveling south against all odds, running from what binds them in an unhealthy way. For Tyler, it’s running away from a life that has his brother (Jon Bernthal) written all over it, like a stain on a windshield that can’t be removed. When he does some bad things, even worse men (led by John Hawkes) are on his tail. He’s running from his past, yet only putting his future in question.

For Zak, an overwhelming sense of control has been his captive. He only stays at a retirement facility because no one will care for him. Eleanor (Dakota Johnson) is his best friend, but she’s also the one responsible for him staying in line, which creates a divide between the two.

As The Peanut Butter Falcon opens up, Zak is plotting his escape from the home, so he can go a Wrestling School owned by his favorite wrestler, Salt Water Redneck (Thomas Haden Church). He runs into Tyler and the two set off on this Huckleberry Finn type journey that tests their spirits, thaws their life sores, and brings their lives together as one cohesive desire to live free.

If you think I’ve told you too much, think again. There are many treasures to find on this odyssey, and I have only shown you a piece of the map. At times, you may wonder if this has been done before, but when the next scene takes the film in an unexpected direction, your moviegoer faith will be restored.

The film is very personal to Nilson and Schwartz, who have done a handful of documentary shorts in addition to a few short films. They’ve experienced Down’s Syndrome in their own life, befriending people with the disorder or experiencing it first hand for themselves. This film was a labor of love for them, a journey that took many years and a lot of love and patience. It’s a rare film where you can feel that connection in every scene, especially in key interactions between Tyler and Zak.

In one scene, where Zak describes one of his coaches from high school calling him derogatory names, the conversation about “good guys and bad guys” develops, and turns into one of the best written and performed scenes of the year. It is this way because Gottsagen and Labeouf don’t force a thing and just let the words stick their own landing. There is no background music or dramatic orchestra steroid injection to create the moment. Just words, people, and stories taking the audience from one spot to another.

Here’s the thing. Labeouf is extraordinary as Tyler. The man may be chaotic at times off the screen, but there’s a number of reasons for that. Some actors go the extra mile in dialing into a character and locking onto a feeling. Labeouf, who was so good in David Ayer’s Fury and last year’s American Honey, goes the extra six miles. When he does that, I imagine it’s harder for him to remember where Tyler ends and Shia begins. It’s sexy when the actor does this and stays out of trouble, like Daniel Day Lewis. When they go too deep and have problems when the directors yet cut for the last time, it’s not as pretty.

Thankfully, I don’t need Labeouf to be a model citizen for me to appreciate his work in this film, which is Oscar-worthy. He finds the pain in Tyler without the help of a guide, which can be an overzealous script that speeds things up. Here is a young man dealing with a trauma that simply won’t process, trying to figure a way out. When Zak’s friendship gives him a light out of the darkness, other obstacles come pouring in. Labeouf gives a performance that reminds me why I think he is one of the most talented actors out there. It’s sweet, confident, and unique to him alone.

Gottsagen, making his debut here, holds his own with LaBeouf. It’s these two guys for the duration, so if there is an uneven vibe, it will show. The young actor brings heart and soul to the performance of someone who simply wants to exist among the regulars. Imagine a superhero being unable to find acceptance in this world because he’s wired differently, and you have Zak.

Johnson has never been better. While she may be known for Fifty Shades of Grey and all its faults, she illuminates the discrepancies in Eleanor’s soul, a woman trying to do good but finding her efforts faulty or misplaced. This is the first time I saw Johnson’s mother, Melanie Griffith, in her work. There’s something about the way she stares at Tyler and Zak with conviction that shows me there’s a future for her in this game that won’t rely on a gimmick or prop.

Dern is always good, giving Carl just enough grit and luster to show you how much he cares about Zak’s dreams. Church has become a character actor-everyman on the big and small screen, and he is perfect as a guy whose persona finds itself cut in half when the television gets turned off. A reason some heroes need their fans more than the other way around. Hawkes casts a deep menace inside Duncan, yet grounds him with a true desperation that lives and breathes on survival. Bernthal makes a dent in a very small role.

I hope Nilson and Schwartz make more movies.  The Peanut Butter Falcon isn’t just one of the best movies of the year; it’s one of the most important. At its core, it’s a battle between the light and darkness. The darkness could be a sad past, endless hate, or just the wrong view of the world. The light being new friends, new journeys, and a way out. It’s what everybody in this world strives for, or should aim for tomorrow. The light over the dark.

I implore you to see this film. It’s a homemade meal, not a store bought TV dinner. You’ll find something sweet, nuanced, and powerful in this experience.

You may just find me sitting next to you, watching it for the fourth (or fifth) time.