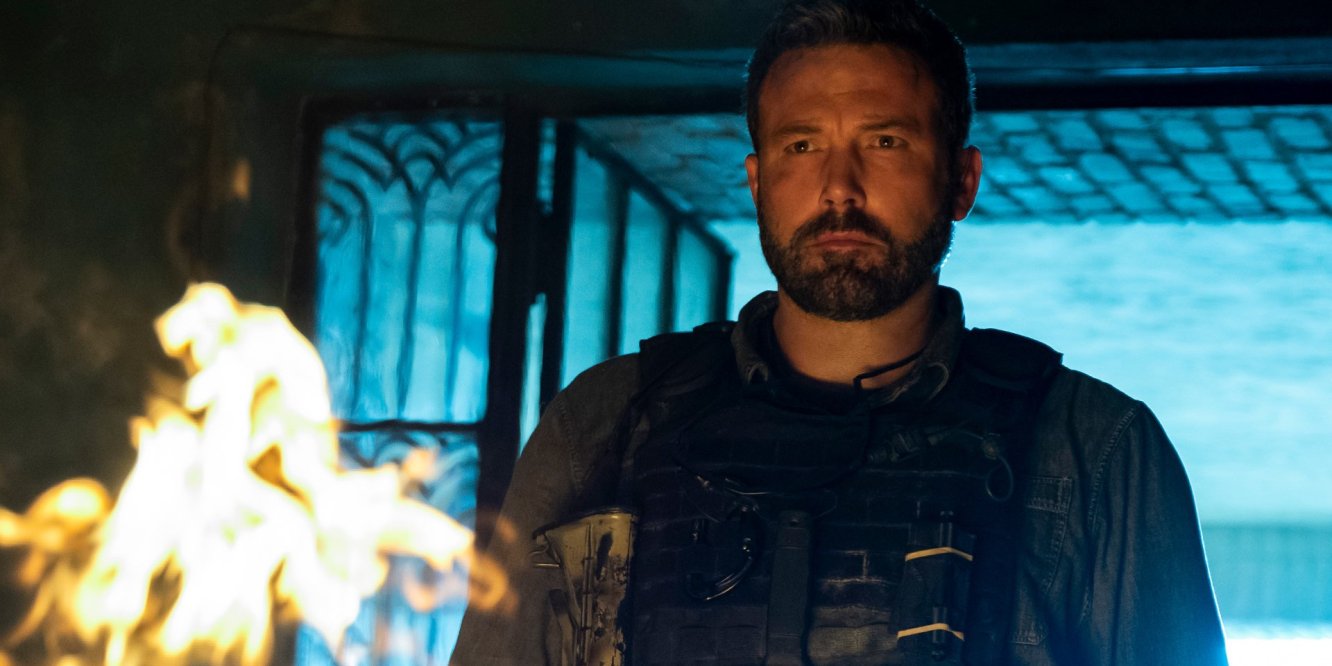 Greed can be a deadly thing. One of the most unique and poisonous human frailties in the world, greed can take not only one person down, but several. When it shares a room with a conscience, pride, and arrogance, the results can be dire and leave few souls breathing in the end.

When Santiago “Pope” Garcia (Oscar Isaac) got out of the military, he headed south to try and continue making a difference in the world. His target is taking down one of the most deadly drug cartels in the world, run by Lorea (Reynaldo Gallegos). However, South America doesn’t have the same rules as Pope is used to, and he quickly realizes that his work there is futile. What if there was a different way to get Lorea, and make some money at the same time?

Pope calls up his old pals, the same group of men he’s carried out dozens of successful missions with: Tom “Redfly” Davis (Ben Affleck); Willam “Ironhead” Miller (Charlie Hunnam); Francisco “Catfish” Morales (Pedro Pascal); Ben Miller (Garret Hedlund). Reluctant yet hungry for something, the men are different in their habitual natures outside of war. Tom is a a divorced father and unsuccessful real estate agent who can’t afford to send his kids to college. Ben is hopelessly competing in MMA matches. William is consulting, giving the same lecture to a room of fresh recruits.

“Thank you for your service” has hit these guys in a variety of ways, turning most of them into robots devoid of passion and purpose. Pope’s job has a way to fixing that, or so he thinks.

The casting is so vital here. Each actor fits their role like a glove, instantly becoming ambiguous to the previous role you saw them in. For Hunnam, who is semi-attached to Jax Teller for life, it’s a chance to twist that tortured hero persona just enough to disappear. Affleck battles plenty of real life demons, so Davis’ volatile vulnerability and depression gives him a lane to drive down. Pascal and Hedlund are perennial valuable players, offering haunting portrayals of me trying to hold onto the past while molding a future without death in it.

Chandor directed Isacc in A Most Violent Year, and paints this lens around the versatile star, showing Pope as the leader of the pack and also the one most likely to feel the weight of its failures for life if things go wrong. When he’s not wasting away in big budget fare, Isaac can get back to his character actor roots while retaining the appeal of a leading man. It’s a perfectly calibrated role.

Mark Boal, who made magic with Kathryn Bigelow in The Hurt Locker, penned the script with Chandor, and it’s absolutely relentless while offering quieter moments of pathos in between the chaos. The action is tight, sudden, brutal, and thrillingly choreographed, but it’s the poetic lyricism about soldiers after war that will strike a chord. Boal and Chandor aren’t here to Michael Bay it up and blow things to pieces; they want to talk to you about veterans, their fight, and how the military can leave a person hopeless and broke after they put down their guns.

While Triple Frontier is cinematic in a number of ways, with its action and scope, the message about inner demons and loss never strays too far away from the filmmakers’ grasp here. In other hands, this could have been a fun diversion. With these two maestros, the soulful quality doesn’t lost its stock once the guns start firing.

Do things go wrong or not according to plan? You bet. As Affleck’s Davis tells the group in a rightful quota before the mission, they are committing a criminal act and don’t have the ground or moral support of the flags on their shoulders to aide them into the night after the bodies are done being piled up. While catching Lorea may motivate Pope, it’s the money for them-instead of for country-that pushes these men into one last ride in the chopper.

It is that dedication to the characters, and not just to the audience, that triggered my enjoyment of this film. I appreciated the lengths of which Boal and Chandor went to not take any shortcuts with these film’s second half. The chase sequences and battle parts don’t feature any cinematic get out of jail free cards. A half-measure would have spoiled the opportunity for character developing moments and righteous acts that leave you caring for these imperfect men. Triple Frontier never stops being intense, direct, and dilated to thrill.

Once again, greed is a powerful and terrifying thing. It can find the best of us and strike us down. What happens when a group of men with a unique set of skills break bad and are pushed back into the badlands with the motivation of bettering themselves and not the country they donated 17 years to?

Triple Frontier is something else. A cinematic ride that reminded me of the heyday of the 1970’s-80’s era of film. A movie that fulfills the promise of its trailer while surprising me with its follow-through.

This is the movie you watch in the theater and then re-watch on Netflix a week later when it premieres on March 13. After ten years in development, the wait was worth it.