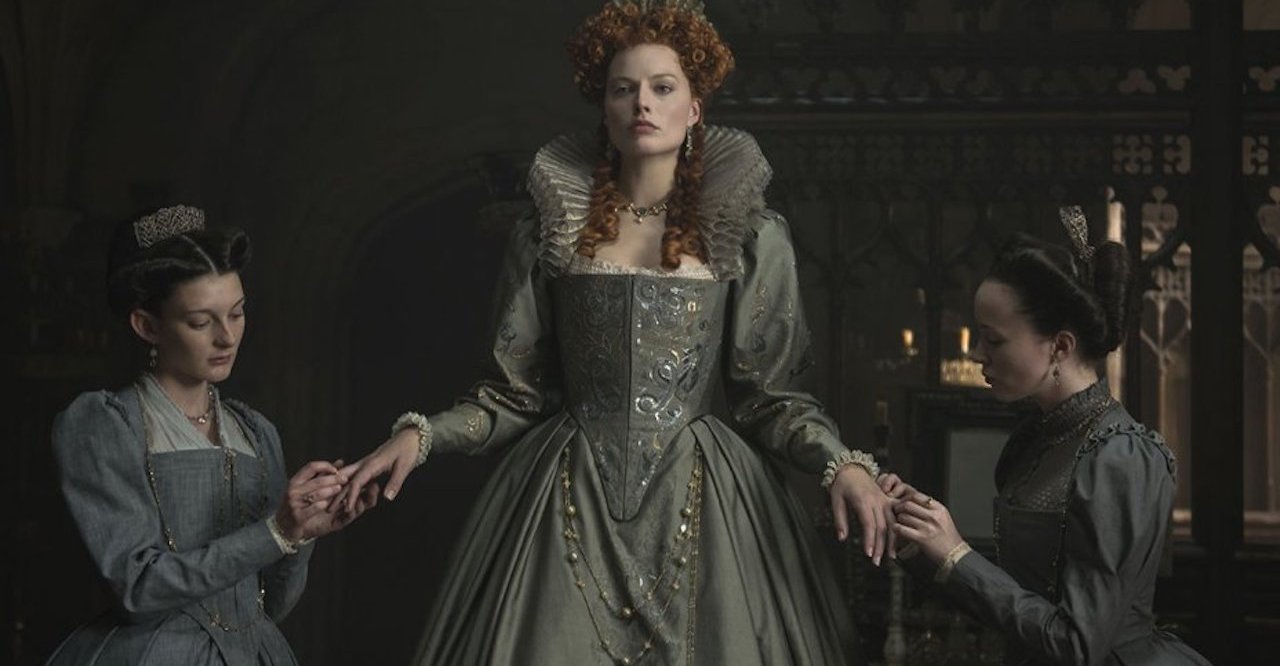 Men are cruel. An old adage that hasn’t lost any weight with age, and can be attached to many instances in the history of mankind. Sometimes, the greatest weapon is greed, and the only proper way to feed that desire is to accumulate power. You can throw a dart in a crowded parking lot and hit a man who fills out this description.

Josie Rourke’s new film, Mary Queen of Scots, manages to inject a heartfelt touch into a story that contains a dark, blackened heart that is equal parts greed, betrayal, deception, and toxic tyranny. The deft touch of the filmmaker is getting you invested in a story that doesn’t really carry a clear protagonist, just a bunch of people trying to find their way in a brutal land and find peace in that plight.

Few understood the predicament of male cruelty better than Mary Stuart (Saoirse Ronan), aka Mary Queen of Scots. Married and widowed to a French king in a span of two years before returning to her native Scotland to acquire the throne, Mary is matched against her “sister”, Queen Elizabeth I (Margot Robbie), who rules over Scotland as well as England. Two completely different women struggling to keep a stranglehold on their collective destiny while finding themselves stuck in an unwinnable feud.

It was the men who served these women that tried their best to cripple their power, with Mary feeling the greater blunt of the wrath due to her cunning and stubborn ways. Unlike Elizabeth, who played ball to a certain degree, Mary was steadfast in her ambition, with a desire to rule over her native land being stricken by everyone from her brother to her advisers to ultimately, her own husband.

The struggle of Mary and Elizabeth in their own kingdoms serves as the genesis for Beau Willimon’s script. Working from John Guy’s novel, “Queen of Scots: The True Life of Mary Stuart”, Willimon pulls no punches here in telling a story that the casual viewer will acknowledge right away doesn’t carry a sweet ending with a hug. During the 1560’s, embraces usually carried a knife to the back afterwards. By going back to black in his dialogue and story structure, Willimon serves history correctly.

Having a pair of actresses working at the top of their game helps. Ronan is the female equivalent to Lucas Hedges, serving as dynamite in any role she takes on, no matter how much or how little innocence lies with that person. She builds Mary’s parts out of rigged sympathy and conceited delight, a woman bound by her endless need to do things her way.

Ronan’s work is equaled, if not bested, by her co-star. Robbie broke my heart as Elizabeth I, a woman who didn’t care for war or personal battles, but wasn’t ready to concede her power either. Unlike Mary, she couldn’t conceive a child and was stricken by pox, which crippled her facial features for the rest of her life and forced her to wear an entire layer of makeup on her face. Through the physical features, Robbie manages to blaze a trail as the Queen, never shying away from the sorrow that filled this woman’s soul. It’s impossible to turn the beautiful Australian actress into an ugly face, but it’s the sadness here that draws you in.

The movie is a sure-fire Oscar nominee for costume design and makeup, especially with the work done to Robbie throughout the film as the quarrel ages Queen Elizabeth I in painful fashion. Max Richter’s score is both sweeping and bitterly romantic, pulling you even if the messenger’s shoulder remains cold. Technically, it’s aces across the board.

The ironic thing is that both women wanted peace in their land, but ended up creating rebellions, wars, and in-house betrayal at the same time. They were a prisoner to their time period, and the results left certain ones better off than others. Rourke keeps you invested by keeping the focus on the two women and showing the multiple sides of their personalities and approach to conflict.

Are certain scenes added on here to beef up the true story? Sure, but that happens in every single retelling of a real event. In order to conspire in the land of make-believe, a little extra drama always helps. The additional layer doesn’t get in the way of the heart of this tale.

You won’t warm up to this bittersweet tale of deception and ill-advised ambition, but you’ll respect its desires and applaud Rourke for doing it right. You’ll see it for Ronan and Robbie, two actresses at the top of their game taking heavy cuts at the plate.

Mary Stuart and Queen Elizabeth had a few things in common among their differences, but the biggest one was simple and relatable: they wanted peace, but couldn’t find their way there, so bad things happened.

Mary Queen of Scots is a courageous true story that shines a light on our darkest abilities, all the while showing us a small sliver of hope in the end, just enough to make us feel the blunt of its intent.