When I started DOB back in 2011, the idea was to create a corner of cyber space where I could unleash rants, venting about things that I needed to in order to keep from going to jail or getting into daily fights with strangers. Over the years, though, I’ve branched out and toned down the anger for  a number of sites, with KSDK News and St. Louis Game Time (both the website and paper) seeing the most action these days.

However, many of my early subscribers here aren’t on social media to receive the links, so I’ll try to come here once a week and provide some links. A “previously on the Dose” type of thing that will hopefully keep you up to date on what I’m writing about, thinking of, and putting together. There will be the occasional unfiltered rant that originates here. Things I can’t publish on other sites that only a handful of people care about. Outside of that, though, an email blast of links.

Lance Lynn isn’t a Cardinal anymore, so I paid tribute to an underrated pitcher.

A review of the new Netflix series, Seven Seconds.

Predicting the 2018 Cardinals. Best pitcher and hitter, most disappointing, etc.

Five Burning Questions with the Cardinals.

For Marvel fans, predicting which Avenger will die in Infinity Wars.

Why the Cardinals should trade Carson Kelly. 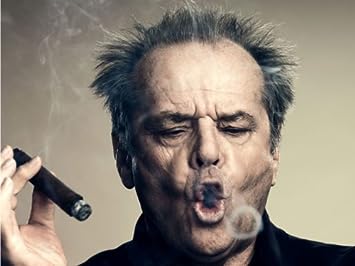 A version of “here’s what I know”, with the fucks taken out.

How Mandy Moore lights up NBC’s This Is Us.

Rethinking the value of Jack Flaherty.

A review of Tomb Raider. a successful video game reboot.

That should hold you for awhile. Taken from articles posted over the two and a half weeks, excluding 3-4 extra movie reviews (posted here) and the STLGT paper edition.

Hopefully, this keeps a few of you informed and from feeling like you are missing out on your Dose of Buffa.