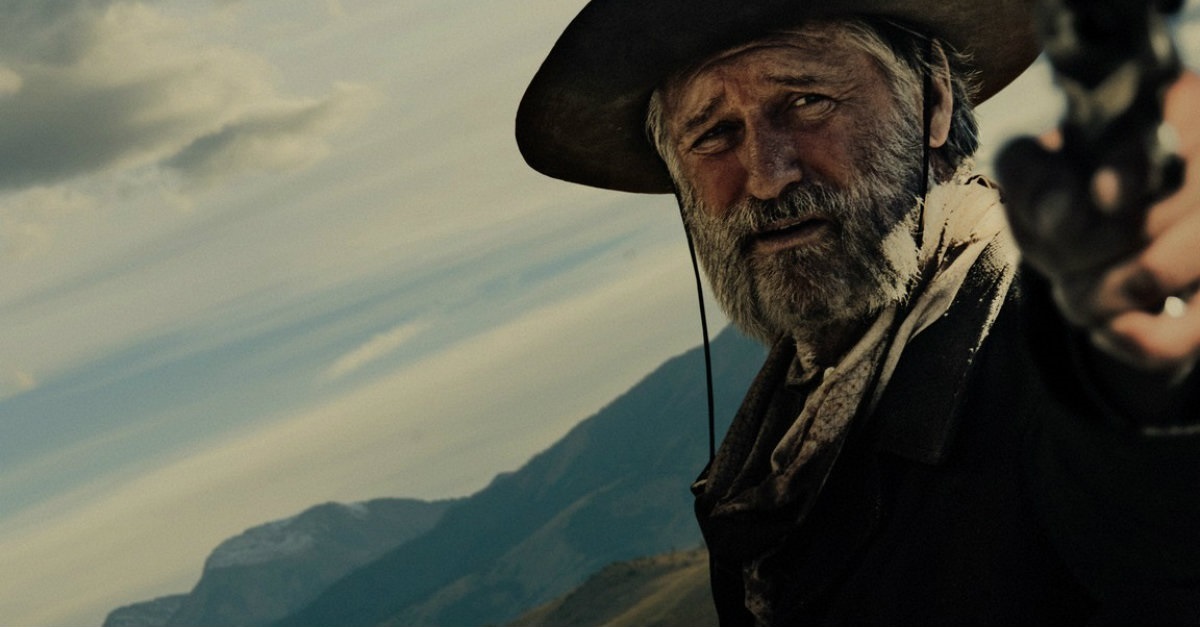 The long time friend and colleague of Edward Johnson (Peter Fonda), Lefty is a slow moving yet wise aging cowboy simply trying to do what is right. A man whose lot in life is the loyalty towards his friends and the need to cover up a dark past, even though many around him doubt his ability and thinks he’s useless. When Edward, the newly elected Senator, is gunned down in front of him, Lefty takes it upon himself to find the people responsible.

The Ballad of Lefty Brown may redemption and betrayal flavorings, but its signature ingredient is friendship. What one will do to avenge their friend, no matter what it costs them personally.

Writer/director Jared Moshe’s tale can lift its weight in Western homage territory, but it also hits above average as an entertaining and unpredictable revenge tale. The film isn’t without its fair measure of pathos, but it also has a much needed sense of humor in certain moments that keeps it light on its feet. There are three well staged gunfights that aren’t too close together, giving the film a decent pace.

There’s more to Johnson’s murder than a pair of trigger happy gunmen ( Across the Universe and The Grey’s Joe Anderson among them), and it may involve the Governor (Jim Caviezel), an old friend of Edward and Lefty’s who has ambitions that involve the Pacific Railroad. Helping Lefty along the way are a shameful U.S. Marshall who boozes more than he shoots (Tommy Flanagan) and a young wannabe gunslinger named Jeremiah (Diego Josef), even though each prove to be more problematic than expected.

Make no mistake, The Ballad of Lefty Brown isn’t some mystery thriller with a slow burning reveal of the bad guys. By the halfway mark, you know who is responsible for Edward’s demise, yet you’ll keep watching for the easy going charm of Moshe’s film and its unconventional touch in making the sidekick no one believes in the ultimate hero.

The biggest takeaway here is Pullman, who gives his best performance in years. Lefty is something else, and at first, I’ll admit the Southern accent the actor was putting on us didn’t exactly fit. However, the more the film developed, Pullman’s unlikely protagonist grows on you, especially as you find out more about his checkered past.

Equal parts charming and provocative, Pullman reveals another shade of his acting repertoire. He makes you believe in a man who has been doubted all his life, but now stands as the only guy who can not only seek out the truth, but do something about it. Pullman has given a few fine performances in his day, but rarely has he been provided with a role this expansive. He owns it.

Pullman and Josef have a few good scenes together, as do the veteran actor and Flanagan, who is best known for Sons of Anarchy, but continues to carve out a fine cinematic career.

David McFarland’s cinematography is absolutely gorgeous, and H. Scott Salinas’ score is just the right speed for Moshe’s tale. Two of the most important spices in a Western cinema dish are the look and sound, and this Ballad nails both of them.

The resistance in tying up every loose end of the plot was refreshing, even if the climax was predictable and expected. Moshe isn’t resurrecting the genre here, but he does leave a fine mark on it.

The Ballad of Lefty Brown doesn’t reinvent the wheel or challenge the all time greats. Clint Eastwood won’t get an alert to watch his back. It does give the viewer an easy going and entertaining ride through the west with a very good Pullman at the reins.