**I’d like to welcome film critic Landon Burris to the Dose. He will be supplying the site with a few movie reviews to keep the ceiling from getting too dusty. He’s a guy who knows his movies and grades them with a blunt instrument. Here are his thoughts on the latest cinema treats.

THE GIRL ON THE TRAIN 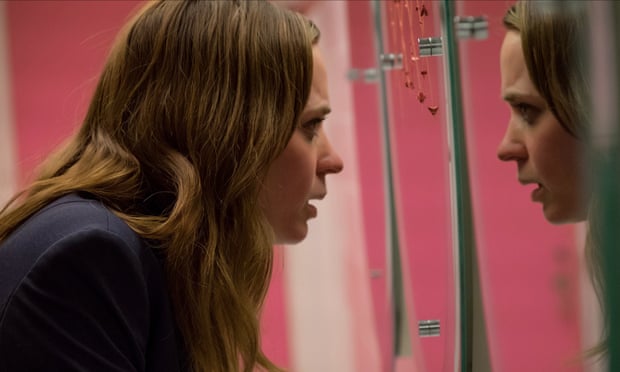 Based on the pulpy Paula Hawkins novel that can be found at any grocery store, Wal-green’s or, appropriately enough, train station, The Girl on the Train is an adult thriller that is never as sexy or clever as it wants to be but still manages to be an entertaining, and, occasionally, affecting piece of cinema.  Carrying the film is Brit actress Emily Blunt, whose portrayal as the titular girl that likes to ride the train, Rachel, elevates the material.

Working against the film’s favor are the multiple comparisons, warranted or not, to 2014’s outstanding Gone Girl.  The Girl on the Train is the highest profile film of its sort since Gone Girl, and the similar themes and Universal’s marketing beg for the association.  However, The Girl on the Train simply does not have as clever of a script, and it’s director, Tate Taylor (best known for 2011’s The Help) is unable to deliver much more than the sterilized, squeaky clean suburban look and creates a mystery by withholding key plot details, and even then most will figure out the film’s twist before the big reveal.

Granted, the film is still quite entertaining, and its initial premise is fairly clever.  Rachel is a sad and depressed woman, who gets her kicks by watching the lives of others out the windows of a train she takes to and from Manhattan on a daily basis.  She zeroes in on the seemingly idealistic life of a couple in a beautiful home (played by Haley Bennett and Luke Evans), and is genuinely interested in what’s happening to them.  It all seems strange enough, and becomes stranger when it’s revealed that Rachel used to live two houses over from the one she’s obsessing over, where her ex-husband Tom Watson (Theroux) lives with his new wife Anna (Ferguson) and their infant daughter.

Complicating things is Rachel’s alcoholism and seeming obsession with her ex, whom she regularly calls and texts, usually during states of excessive drunkenness or even periods of blacking out.  Rachel’s life is in such shambles that she crashes on a friend’s couch and even showed up drunk at Tom’s house one night, attempting to steal his baby in the process.  However, Rachel is the film’s heroine, even as she humiliates herself and pours vodka into her water bottles, one cannot help but pity her and hope things work out.

While Blunt is never deglamorized enough to look like a truly hopeless alcoholic (though her nose is a rosy red hue for almost the entirety of the proceedings), her struggles and pain as she copes with her problems are perhaps the film’s best assets.  She’s a sympathetic character, and her connections to the film’s main mystery, where a girl Megan, the one who Rachel fixates on during her train commutes, disappears without a trace, make Rachel an unreliable and tragic witness.  That Rachel can barely remember certain events due to her intoxication certainly does not help either.

The Girl on the Train dabbles in issues and topics that are often overlooked or ignored, outside of its protagonist being a serious alcoholic, the film also touches on themes of domestic and verbal abuse, as well as women feeling like domestic prisoners.  That said, the film’s all white, privileged leads (who all, even down to Rachel, seem to have enough money to not care) and muddled story structure prevent it from being as poignant as it should be, and the film’s “shocking” conclusion borders more on camp than it does legitimate chills.  Emily Blunt’s performance and the bells and whistles of being a major studio picture keep Girl on the Train from being a Lifetime movie of the week, and the movie is not a terrible way to spend two hours in the theater, but one cannot help to think that it could have been something more.