Fuck you Brock Turner. You gutless piece of shit. What you did to an innocent 23 year old college student will never go away in the eyes of the right people. The law, including soft Judge Aaron Persky, decided you only needed six months of jail time for being found guilty on three felonies, including assault with intent to rape. Instead of getting the maximum of 14 years or even 3-5, you get six measly months. I can only hope someone inside gives you a friendly welcome.

Let me catch the rest of you up on the events. In January of 2015, a young woman took her sister to a party and woke up the next morning behind a trash can. She was missing underwear and was raped by a freshman. He ran off but was thankfully tackled by a pair of Swedes who were riding their bikes nearby. This woman would spend her night getting poked, prodded, and thoroughly examined by doctors. The feelings of her abuse would never simmer. 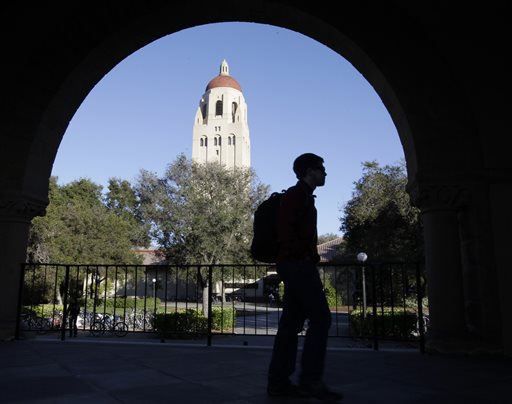 Judge Persky noted how more than six months of jail time would do too much damage to this young man, who was a noted swimmer. Yeah, too much damage for him but the woman he abused in the worst way will feel this for the rest of her life. She won’t be able to be touched, held, or stand close to another man for a long time. The closest people around her will tax themselves trying to make her feel safe. Her sister will feel terrible for bringing her to the party. Her boyfriend will be the uncomfortable shadow of a terrible memory. Thanks Judge for taking it easy on Poor Brock for invading a woman in the most uncomfortable way.

Think about something. Every time you go to a party and drink, the idea is to have fun and be a part of something. Instead of drinking alone at home, you want to go out and join others. Turner’s lawyers tried to shove down shitty weak facts that the woman did this to herself when she drank too much. Yeah, every time we drink we are leading ourselves down a road to be raped. Nice message. Let’s follow those fucks home every night for a week.

The worst part is Brock wouldn’t admit what he did. He kept saying drinking too much was dangerous. Wrong fucktard. Drinking too much isn’t the half of it. It’s what you do AFTER YOU DRINK that is a problem. Such as, a man or woman drinking too much and getting in a car and running someone the fuck over and killing them. Worse, drinking too much and thinking it’s okay to pierce your way inside a woman because why not it’s just a cozy sexy spot behind a dumpster on a street. This world can make me sick way too often.

The evil isn’t the worst thing. The fact that due to a certain god you believe in, people in other countries will behead women and kill hundreds of others in order to fulfill their religious beliefs. It’s not just a man or woman becoming so disgusted with their life that they beat their children to a pulp. It’s not men and woman killing one another for no reason. It’s the fact that stupid people like Brock Turner can do evil things and get away with it. Six months is getting away with it. Six months isn’t close to enough. Once again, I hope he is greeted in prison with many “friendly” reminders that rape is a bad bad deed that never goes away. It lives on your record like a fungus, asshole.

If you need more reasons to feel disgusted and pissed today, read the woman’s statement she read to Brock’s face in court.

Excuse me while I go punch something that I wish was Brock Turner’s face.