David Bowie is dead, gone from the world at 69 years young after an 18 month battle with cancer. What he leaves behind is a legacy that few can touch and a musical influence that will last for decades. Bowie wasn’t just a musician or artist. He was an island of memories, events and love swirls. I didn’t grow up on Bowie or listen to every single song he produced but I knew of him. 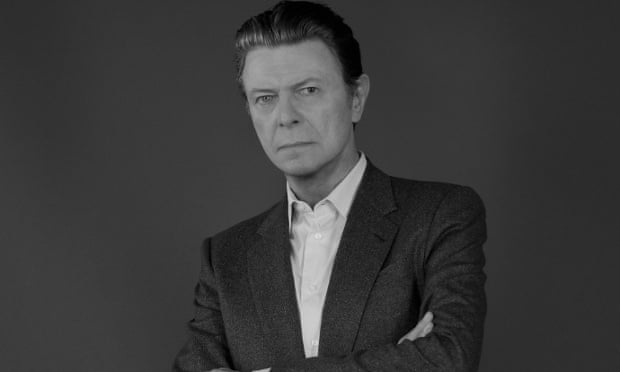 If you were a fan of music in general, you knew David Bowie. He lurked around everybody’s music interests, tempting them to take the fall for his distinct brand of music.

Bowie told millions of people to dance. He told you to be a hero. He made you wonder who Major Tom was. “Space Oddity” got inside your head, it wasn’t leaving for days, You’d spend the next week whispering it or humming to it. The best musicians, true artists, carve out a spot in someone’s cerebellum and buy up real estate there, slowly hooking them into your persuasive vices.

There was John Lennon, Bob Dylan, Joan Jett, and Kurt Cobain. Musicians who didn’t follow an influence. They created one themselves and demanded others to follow. Bowie did that and didn’t let it consume him. He enjoyed the game, match making and soul defying contest that the world of a rock star provided.

He seemed to warn us that one day he would gone.

“Nothing will keep us together. We can beat them. Forever and ever. Or we can be heroes for just one day.”

The “Heroes” video says it all. A man wearing a leather one piece outfit unzipped with a tan tank top underneath, waving his body around and standing in a black box singing about being heroes and living in the now. Bowie didn’t look like everyone else. He had several colors of hair and his personality seemed to stretch farther with each decade. He looked bendable, like he would easily disappear at any moment. He was one of those people who could wear any outfit and get away with it.

For over 40 years, Bowie worked in several different genres, like a cure waving through nightclubs on a hot Saturday night. Glam rock, soul, hard rock, punk, and electronica. He blasted onto the scene with Ziggy Stardust in 1972. Bowie had fun with the media and toyed with his sexuality every time he released another he sported a new look. Instead of just being a singer, he became the characters and stories inside his albums.

On January 8th, he turned 69 and released his 25th album, Blackstar. One more hat tip to the world before he called it a night and departed this rock. When someone dies, people wonder what happens to their legacy or how they will sit in people’s minds. It’s like a house with no owner. With Bowie, people can rest easy knowing he lived a full life and did it his way, with style and grace.

Most people just try to keep living and move to the beat of the drum. For several musicians, Bowie was the drum. Just search “Heroes” and listen to the endless covers of a classic song.

“I can remember. Standing by the wall. The stars shot up over our heads. And we kissed so nothing could fall.”

“Heroes” was released on an album of the same name, in 1977. Five years before I was born. Once I heard it, there was no forgetting it. Nearly 40 years later, it’s potency hasn’t wavered. In another 40, it will still mean something to a new generation of kids. That’s the true work of an icon.