People ask me where I want to go when I have the time and money, and every time it’s an easy answer. New York City. The land of maniac life and beautiful soul. Where so many things have happened and will happen again. A place of heroic energy and everlasting grace. I don’t need to step outside my country(you are next Italy) to have a good vacation or basically escape. I want to go to New York and that’s as clean cut as it gets. I can’t answer many questions faster than I can this one. What kind of things will I do when I get there? A shit load of tasks and activities. Here are the 10 things I am doing right off the plane.

1. Visit the 9/11 Memorial and Freedom Tower. Newly named one of the tallest buildings in the world, the tower is a given but I want to go walk along the fountains. 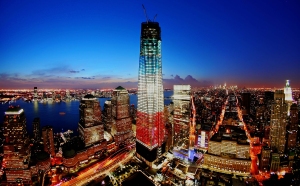 I want to stop and look at as many names as I can on the engraved markings around the fountains. I want to think about what that person would be doing if they were alive today.As you can tell from reading my 12 years later post on that horrible day, it rocked the shit out of me and I was thousands of miles away in the Midwest at college when it happened. The event was so catastrophic and powerful at the same time that it stretched across the world to effect many people. I still can’t shake it to this day. I don’t have to go into detail about it to tell you why. When I am walking around those fountains and see people there, I want to talk to them about that day. If it doesn’t tear open wounds, I would love to hear about the individual strength people showed and how it changed their life. In this world, you learn by asking and listening. I want to soak up the experiences of that day and what followed afterwards. I want to take my kid there and tell him what happened, who got back up off the ground and became a more united front ever since that horrible Tuesday 12 years ago. One of the most important things a parent has to do is teach his kid about the history of where they walk. Tell them what happened and why. Preach to them a little about remembering these kind of things. It’s makes the next generation that much stronger.

2. Times Square. I want to walk towards the middle of it and just let it suck me in. Stand there. Arms stretched out and just exist. Bucket list check off.

3. Find and talk to 10 strangers on the street. Get them to tell me a story about the city and how tough it is and the true nature of the beast. Have them tell me fuck off. Give me directions to a great restaurant which will include a story about proposing to their wife. Sure, I will be turned away by a few people but I am sure I will learn a lot from a few others. This is what the world revolves around. Human interaction. Shared stories. I am as social and energetic as anyone around, so this is basically me investigating the idea that strangers carry the best stories. I may not understand a word they are saying at times but I am going to listen. I want stories and I want them now.

5. SEEK OUT STRONG BLACK COFFEE. This man will surely find a Starbucks. That isn’t a new thing. I could find the Starbucks in a small town with no sign, 10 planted bombs and no sense of smell. I want a cup of strong joe from a NYC mom and pop shop. I want some place to sit me down and pour me a cup of coffee where the spoon stands straight up. I want a man with a old vest, button up shirt and pocket watch with disheveled hair to serve me a cup that I won’t forget and sell me a pound to take back home that comes in a wrinkled brown paper bag.

6. Hit a couple famous spots. Go to Central Park and take the wife to that bridge they have used in at least 101 different movies. Give her a kiss right at the midway point and allow on lookers to see a couple truly in love. Also, retrace the path where John McClane burst through the entrance in Die Hard 3.  Go to the Empire State Building, head to the top, and lean the head over until the head gets a little fuzzy. This allows your eyes to basically do a reset. Step back and slowly let the marvel of New York City come into focus.

7. See a play on Broadway. It could be Death of a Salesman or Macbeth. Maybe Glengarry Glen Ross. It doesn’t matter. I want to see actors get on stage and play a part right in front of me. That’s special right there folks. Movies are fantastic. TV can be treasured. Theater is where the adrenaline really exists if you ask me. That pause in an actor’s performance where he realizes he is on stage in front of people’s beating hearts letting it all hang out. Going for broke. I want to see that.

8. Do something at Madison Square Garden. Get a tour. See a show. Go inside. Far too many meaningful games, bands and events have happened there for me to not share the same space.

9. Get in a taxi, ask him or her to simply drive, and don’t stop them when they go on a 35 minute rant about things you can’t even begin to understand. This is culture training. Let it wash over you. Going on vacation is supposed to be an experience. Don’t do the careful shit. Reach out. Shake things up. Also, if the man doesn’t speak a lick of English, that’s even better. Makes the conversation more intimate.

10. Spend at least 5 minutes right before closing time on Wall Street at the New York City Stock Exchange inside that room of brokers. Listen to the madness, watch the paper scraps flying around and see men and women literally turn into primal beasts right before your eyes.

Sure, there are other things. I want to track down my good friend Matty Rauch, slam a few drinks and talk about living in New York City as a working actor. I want to simply walk the streets for an entire day while listening to some great music. I want be on top of a skyscraper at night to get that view. I want to go to the top of the Rockefeller Center in a town coat, scarf and carrying a glass of whiskey. There are a ton of things I want to do when I get to NYC but the 10 listed above are the first things I am doing upon arrival. 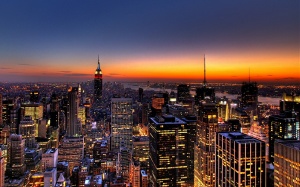