In 2013, I saw 86 films.  Picking out my top ten can feel like selecting the 10 kids from that monstrous pack of creation that stuck with me the longest or were just superbly produced. As the months go by, the list grows and sometimes an early hit wonder of mine (Quartet) can fall off the list due to a wonderful Hollywood finish.  Once again, my top film of 2013 probably won’t be nominated for any main Oscar categories.  That’s not the point when a critic selects his list.  The most important thing is to pick a film that hit you the hardest, made you reflect on it the longest and had you holding every other film against it.   Without further delay, let me unveil my top 10 list of movies in 2013.   Agree or not, this is my list and I am sticking to it.

Tom Hanks anchored this true story of the Maersk Alabama freighter being taken over by Somali Pirates.  Director Paul Greengrass laced this film with an unusual tension that kept you hidden from the details of how this story unfolded.  Hats off to Hanks for blowing me away again with a final scene that saw his character finally come undone and the brilliant thespian bared every ounce of emotion a performer could inside one scene.

Credit Alfonso Cuaron and his son Jonas with redefining the horrors of space with their nail biting masterpiece.  Sandra Bullock proves The Blind Side was only a warm-up round for her skill set as she anchored this 90 minute pulse pounding story of a pair of astronauts being stranded in the worst possible place.  George Clooney offered assured support but this movie belonged to Bullock.

8.) The Place Beyond The Pines

The first film of 2013 to officially knock me on my ass was Derek Cianfrance’s powerful ode to fathers and sons.   Ryan Gosling and Bradley Cooper split up the running time and a powerful supporting cast including Ray Liotta, Eva Mendes and Dana Dehaan made every bit of detail sting our nerves as this epic drama drew to its conclusion.  If there is a dark horse for directing this year in the Oscars, it’s writer/director Cianfrance, a filmmaker who makes movies that move him and aim to floor us.  Well done, sir.

Director James Ponsoldt rightfully let his two stars, Miles Teller and Shailene Woodley, take control of Scott Neustadter’s script and the result was a coming of age wallop akin to the effect left by last year’s Perks of Being A Wallflower.   Teller and Woodley were soulfully vulnerable and made us crawl into the large funnel tube that is teenage angst.  The quiet moments in this film were its best, where it dared to step outside the bounds of a usual young romance film. Keep an eye on Teller. 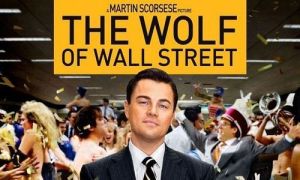 6.) The Wolf of Wall Street

Martin Scorsese’s intoxicating and detailed riff on Wall Street gangsters in the 1990’s was given the proper jolt of swagger by leading man/Marty muse Leonardo DiCaprio(no actor dominated a film more so this year) and a solid supporting cast.   Terrence Winter’s script spared little in Jordan Belfort’s drug fueled sex packed rage endowed fall from grace and DiCaprio was like a bull rider, dragging us through the final few moments of this 3 hour epic dance through the devil’s lobby of temptation.  Stop complaining about Scorsese giving the stage to this real life mad man and just bow at his ability to make you care about him in the end. 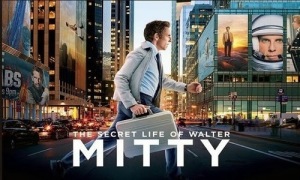 5.) The Secret Life of Walter Mitty

The most involved and relatable film of 2013 and probably the past few years, Ben Stiller’s adaptation of James Thurber’s short story was just about perfectly rendered.  A regular man who escapes via daydreaming finally gets to live one of those wild tales out in real life.  Sean Penn, Shirley Maclaine, and Kristen Wiig offered occasional grace, but Stiller is the virtuoso at work here, warming out hearts with this unlikely hero and making us laugh at the same time.  This film had a heart of gold.

We all know about the horrors of slavery, but director Steve McQueen and leading star and sure fire Best Actor candidate Chiwetel Ejiofor tell you the whole story here and it feels like a band aide being ripped off your skin about one of the darkest spot’s in this nations history.  Michael Fassbender astounds as a pure evil slave owner and Lupita Nyong’o(like Barkhad Abdi in Captain Phillips) opened our eyes on a brand new talent.  This film will win a lot of Oscars and deserves just about every one of them. 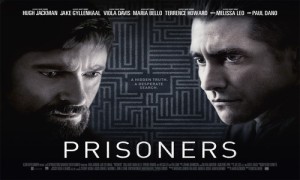 This film just beat me up in the same manner Zero Dark Thirty did, in a good way of course.  Intense, powerful, thought provoking and overly personal for this father.  If Hugh Jackman and Jake Gyllenhaal aren’t nominated for their career best work here, something is wrong with the academy.  You will never see the final third coming, at least not all the details.  Director Denis Villeneuve immerses us in the process of a missing child’s case and stages things perfectly while screenwriter Aaron Guzikowski doesn’t pull any punches with these painfully real characters.  Prisoners rocked me.

The best film I didn’t see coming was Ryan Coogler’s take on the sad story of Oscar Grant, played with award worthy authority by Michael B. Jordan.   Together, these two brave men present us with the raw angry good hearted man with a criminal past and violent tendency who had the encounter of a lifetime on New Year’s Eve in 2008.  This movie made me take a long walk after seeing it before I could get in my car and go home.  Tightly wound and brilliantly conceived.

Peter Berg was born to direct this brutally heroic true story of a Navy Seal mission gone wrong that led to a David VS. Goliath styled shootout in the mountains of Afghanistan.  Mark Wahlberg, Taylor Kitsch, Ben Foster and Emile Hirsch are the four man crew sent to gather intelligence on a Taliban that are ambushed and find themselves in a one sided battle.  Berg makes sure you feel every bone crunch and skin tear, and the actors(especially Wahlberg) give a fearless heart to these real life heroes.  This movie demands your attention even though it won’t win any major awards because of its relentless display of violence that actually happened.  The best war movie since Saving Private Ryan; this movie hits you like a bullet to the chest.

Man of Steel was heavy and thick.  Iron Man 3 was very light at times.  Wolverine was better than the last Logan mission but not great.  Catching Fire, anchored by the hottest actress in Hollywood Jennifer Lawrence and an excellent supporting cast, was equal parts action packed, dramatically involved and all together thrilling.   I saw it twice and would see it again.  There wasn’t a minute wasted there.

Most Fun At The Movies-Fast & Furious 6

Bittersweet entertainment in a way with the death of co-star Paul Walker in November, the sixth entry in the street racing family saga had a special kind of flavor to it with The Rock joining forces with Diesel and company.  Everything was perfectly over the top and the stunts were amazing and once again underrated throughout Hollywood who dismissed the action film as stupidity.   Well, it’s called a summer blockbuster for a reason.   Popcorn blast!  The Rock and Diesel tag teaming a monstrous Russian or the ultimate girlfight between Gina Carano and Michelle Rodriguez or the plane/runaway car chase.  Name a scene in this flick and it gets the blood flowing quick.  Please don’t confuse furious with Oscar here folks.  It’s all cool in the gang.  And we can’t forget the greatest use of a post credits sequence, with the arrival of the one and only British badass Jason Statham to the mix in round 7 as the bad guy.  2015 can’t come soon enough if you ask me.

This looked like a wonderful combination of music, drama, and acting but in the end only the performance of Oscar Isaac stuck with me.  Easy and smooth.  The Coen Brothers will be adored for their work again but to me it was an uneven film with a nagging storytelling method and a result that felt incomplete.   The filmmakers always make films that are called magnificent that fail to register with me as anything other than good or decent.  I thought the infusion of folk songs would push this one further up but in the end the murky directing and storytelling left me filling unfulfilled.

There isn’t a hotter actor in the game right now than the Texan who redefined our expectations when seeing him headline a film.   On a roll in more ways than one, McConaughey gave three Oscar worthy performances in 2013.  In Dallas Buyers Club, he was a renegade electrician who used the AIDS disease to regenerate his hunger to live.  In Mud, he was a wanted man living in the woods pining for his lost love who connects with a pair of kids instead.  In The Wolf of Wall Street, he had three scenes and owned every one of them as Mark Hanna, the original wolf who teaches Belfort how to hunt.  McConaughey’s story continues in 2014 with HBO’s True Detective and Christopher Nolan’s Interstellar.

Best Acting in a Single Scene-Tom Hanks in Captain Phillips

With barely any dialogue and a load of internal combustion, nerves showing and all, Hanks reminds you why he is one of the best in the business and constantly surprising us.

That’s all I got.  Come back for Doses of Buffa this month as the reviews and analysis continue.

Dan Buffa is the co-creator, administrator and writer for the movie website, film-addict.com. He also contributes to United Cardinal Bloggers, Arch City Sports, Aaron Miles Fastball, Voicesfilm.com and writes for his personal blog, www.doseofbuffa.com.  He is also a published writer for the Yahoo Contributor Network.   Dan is a St. Louis, Missouri born and raised writer with a need to inform and the ability to pound out 1,000-1,500 word pieces with ease.  When he isn’t writing or drinking coffee, he is spending time with his wife and son in South City.  Follow him at @buffa82 on Twitter and reach him for thoughts, comments and general feedback at buffa82@gmail.com.